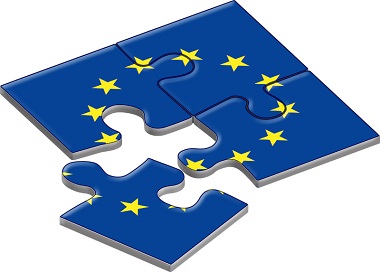 MADRID | CAPITALMADRID.COM In the years 1992/93 the Spanish authorities struggled for longer than events recommended to keep the exchange rate of the peseta. Something similar might be going now on, but in another dimension, as the government still defends the good health of Spain's financial system. Back then, the stabilisation mechanism in place determined a fixed exchange rate for the peseta, let's say in short, against the German mark. Spain came from a state of euphoria, which is always very hard to quit. But facts were fierce as ever and won. The sterling abandoned the mechanism, however, corrected and expanded its fluctuation bands allowing the depreciation of the franc, the lira and the peseta.

We didn't suffer any tragedies afterwards, but was due to falling oil prices. Economies recovered competitiveness and economic life continued its course. The history of fixed/variable exchange rates has been constant for over a hundred years. Gold, the dollar-gold standard, the various pre-euro European attempts were always followed by ruptures and volatility in exchange rates. None of these mechanisms managed to repeat the feat of Alexander Hamilton, first secretary of the Treasury of the United States, when it consolidated the debts of several U.S. states caused by the War of Independence, grouping and exchanging them for federal debt. It was a political decision. It was Eurobond, if you ask me.

Naturally, this determination has little chance in the EU in 2012. Disasters and tragedies of the two World Wars are almost forgotten. Current concerns are much more everyday ones: the tricks and traps of Greek financial excesses, the Irish or Spanish or Italian finance gaps, tax fraud on the one hand, or the virtues of German austerity and efficiency on the other. This is a neighborhood quarrel between those who spent more water and more electricity compared to those who respect strictly the rules of the community.

But young people can not find jobs, the value of the single currency wobbles and other less scrupulou

s nations with the rules of democracy or free trade advance positions.

In the absence of an immediate and vigorous rebirth of European consciousness, sustenance will have to be found outside the euro area. The Greeks will be the first to go and live through the rigours of the outdoors with a devalued currency that requires even greater efforts to buy oil and other essential commodities. However, the veil of higher sales of tourist services, the eventual repatriation of capital flows in search of opportunities will provide help for the hard journey.

Spain's president Mariano Rajoy, who fortunately changes his mind as frequently as circumstances require, is now demanding the intervention of the European Central Bank or the implementation of the European Stability Mechanism to support the cleaning up banks and cajas. The brash president has nothing to envy to its Socialist predecessor. Bankia will be recapitalised with Spanish sovereign debt to discount at the ECB, of course, which will be forced to review all its operations and funding rules. The rule of a temporary facility to provide short-term liquidity to banks, three months maximum, should become a ten-year funding, for example. Other countries are already demanding the same treatment. Cyprus first, and why not, Ireland and Portugal.

Indeed, the Grexit requires an extremely wide firewall to prevent the spread of 'every man for himself' and one wants to keep the euro zone from becoming an accord by small number of countries while the rest simply return to their currencies as EU member States . On the one hand, the strong euro countries; on the other, States with their own currencies in which, as in Morocco and the Dominican Republic, payments in restaurants and shops are accepted in currencies like the dollar or euro and who knows if also the Chinese renminbi (in Spain, the success of the latter is secured with the release of commercial establishments of less than 300 square metres).

As I walk towards the Book Fair in Parque del Retiro, I ponder about the maintenance of the Single Market and what formulas, whatever they are, could get credit to businesses and sustain the real economy, even its growth.