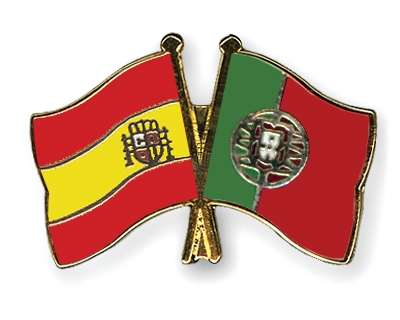 The Latin Bloc may be awakening, after all. The least it could be said about the Spanish government’s decision of bending the public deficit target bar Brussels and Berlin intend to impose, from a harsh 4.4pc to a softer 5.8pc, is that president Mariano Rajoy has enlivened with his move the not-just-austerity talk and the perhaps-Germany-is-wrong debate.

In the Friday edition of the Spanish daily El País, former president and prime minister of Portugal Mário Soares added his voice to the claim that dramatic cuts in public spending can only go ahead successfully when the economy is growing. Soares endorsed Spain’s conservatives now in power in their confrontation with the European Commission and even recommended the Portuguese government to align positions with Madrid.

“Our two Iberian states are experiencing a wonderful period in our relationship, regardless of the political parties in office […] Today there is a fraternal affection between the peoples of both states, which have realised that a prevailing confidence is extremely useful for both,” Soares writes.

“Interestingly, over the past 38 years, always in a democracy, the two Iberian countries have often been ruled by parties politically and ideologically quite similar and their leaders were also often of the same political colour.

“However, we have never been able to maintain, during these years of acute crisis, a common political voice or minimally harmonious to impose, in the European framework, a message with sufficient strength to be heard.”

Soares said it has been a mistake to sit far from each other at the European Council meetings without negotiating agreements between the two, which could have enhanced their options. Instead,

“our two Iberian states opted for silence or, at best, merely for defending their respective national interests.”

Soares dismisses the current Portuguese government as too appeasing towards the European Commission economic’s discourse. He thinks Lisbon must get closer to Madrid before is too late.

“The current Portuguese government strives to be a good pupil of Mrs Merkel and maintains excellent relations with the Troika, which, with its programme of austerity at all costs, inflicts killing budget cuts over a substantial proportion of its population. Social unrest, deep discontent, crime and the unregulated economy is what we have seen grow in recent months.

“The so-called austerity policies, by themselves, are counter productive, as developments in recent months have demonstrated both in Greece and Portugal, as in other countries like Italy and France. They increase the chances of recession, raise unemployment to unacceptable extremes, develop a parallel economy and disturb the social fabric.

“Parties in office and in opposition, both in Spain and Portugal, must call, together, against this state of affairs. It would be a great service to the West before being driven into the abyss, as Helmut Kohl and Helmut Schmidt have already warned.”

Be the first to comment on "Mário Soares: Portugal and Spain must tell Mrs Merkel enough is enough"