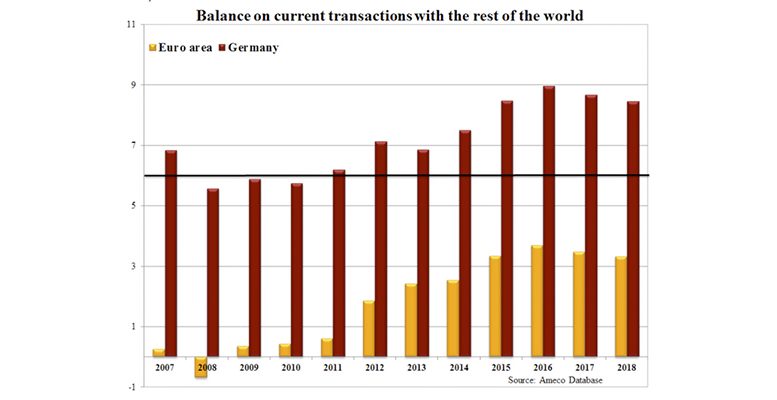 Francesco Saraceno | This post is nothing new. It is just a reminder for non European readers (or for distracted European readers), about the way things work in the EMU. The German Bundesbank President Weidmann violently attacked the European Commission for failing to enforce fiscal discipline within the Stability Pact.

What is wrong with this? Is this not just another confirmation of the old cliché that Germans are obsessed with respecting the rules?

Well, think again. Everybody knows that EU countries need to curb their public deficit to be below 3% of GDP, and need to aim to structural balance. But it is less known, especially outside Europe, that since 2011, as a part of the so-called “six-pack”, the EU introduced the Macroeconomic Imbalances Procedure (MIP), “which aims to identify, prevent and address the emergence of potentially harmful macroeconomic imbalances that could adversely affect economic stability in a particular Member State, the euro area, or the EU as a whole”.

This procedure builds on a scoreboard of 14 indicators, among which we can read the following:

Yeah, that is right, at the very first place. And guess what, Germany’s current account surplus, since the MIP came into force has been above 6% every single year. (it is expected to be 9% in 2016). And yet, no corrective action has been imposed, and of course no sanctions. I understand that Germany has no problems with not being sanctioned. But maybe it would be wise to keep a low profile regarding others’ violations..

So, for once, I agree with Jens Weidmann: the Commission should be harsher on those who do not respect the rules. And of course, it will, but just with some. Among the many problems European governance has, this is not the least: all animals are equal, but some animals are more equal than others.

*This post was originally published by Sparse Thoughts of a Gloomy European Economist.