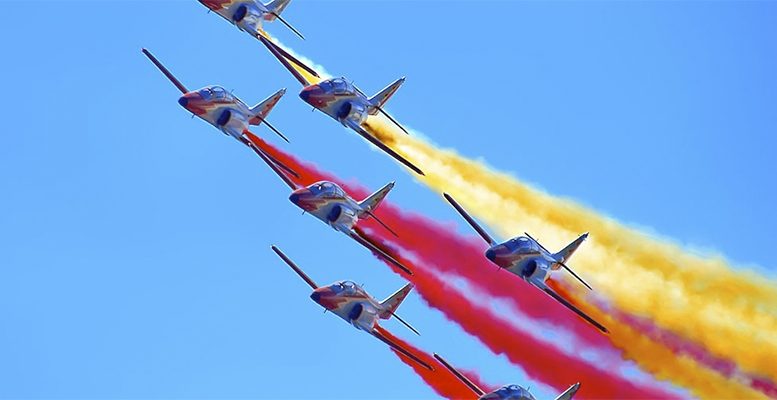 Someone like Donald Trump emerging on the world stage threatens to make too many changes in the status quo, some of which will have a particular impact on Europe’s economies and especially Spain.

One area which appears likely to progress at a cruising speed in the short and medium-term is Defence spending. This is a particularly sensitive issue and one which Obama already tried to have modified during his mandate. And he reminded the US’ partners of this in his recent mini European tour, stressing the need to increase their defence spending, something which Merkel took on board. In this sense, Europe has experienced a long period of budgetary comfort, as its American friend took care of the increase in defence spending, not only to defend its own world interests but also its allies. This has been reflected year after year in the NATO budgets.
In Spain, public spending on defence stood at 12.715 billion euros in 2015, representing 5.72% of total public spending and 1.8% of GDP. These are figures which are very different from those of Germany (35.4 billion euros), the UK (50.168 billion) or France (45.801 billion). And in no way similar to the 540 billion euros shelled out by the US (3.32% of GDP).

In line with other countries, defence spending in Spain has declined, dropping from 8.05% of public spending in ten years to 5.72% currently putting it in 37th place out of the 165 published. With the arrival of Trump, it apears things are going to change. Its the firm will of the future US president that NATO members earmark 2% of GDP in 2017 for their common defence. This was what was agreed on at the Wales summit, which would oblige Spain to double its current defence budget.

The official figures have been questioned by Spain’s left, who argue that spending by the Ministry of Defence in 2015 was much higher than initially approved in last year’s Budget. Sources say there are items which are without doubt related to the military and distributed, even hidden, amongst other ministries with the aim of concealing the real amount of defence spending from the public.

These sources point out that, in line with NATO directives on how to calculate the member countries’ defence spending, items like the Regional Defence Bodies; or those distributed by other ministries, like defence R&D which comes under the Industry Ministry, passive defence costs (Social Security), spending in organisations like NATO, which depend on the Foreign Ministries, the defence mutual insurance company ISFAS or the Guardia Civil (Ministry of Interior), a security force which is governed by military regulations. And all that without calculating the spending on CNI, basically military. So total defence spending would be over 17.465 billion euros, or 1.6% of GDP.

Whether defence items are correctly registered or not in Spain’s State Budget, NATO has the imperious need to increase its funds earmarked for the challenges it faces. These range from the crises in the Ukraine to Syria, including Lybia, Irak or the Islamic State in the southern flank. This is increasingly worrying given that the funds earmarked by the US – 75% of the total – are decreasing while London, the second largest contributor after the Washington, has also made cuts. Its defence budget has declined this year from 76 billion euros to 54 billion, a drop of 2.7% of GDP.

In short, a new burden on Spain’s budgetary horizon which supposedly will have an impact on the State’s already excessive public deficit.