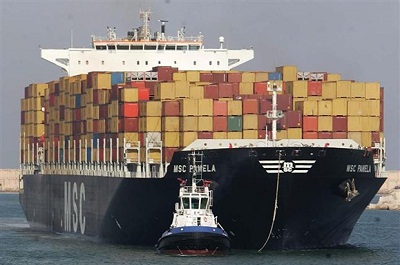 By Luis Alcaide, in Madrid | In 2011 Spanish exports of goods recorded the highest point after a period of intense growth since 2008. An increase of 16.8% in 2010 has been followed by a positive rate of 15.4% in the last year. The value of exports in 2011 reached the figure of €214.5 billions, which represents a share of 20% of Spain GDP. This share is equivalent to that of exports in France and Italy in terms of their GDP.

In the last two years the growth of exports in Spain has overpass the average of the eurozone in more than three points. Besides, exports of Germany and Italy in the last twelve months showed an increase of eleven points, bellow the 15,4% of Spain’s. As a result of the strength of the Spanish sales to the EU the trade balance has been favourable for Spain, first time since Spain became a member of EU.

The trade surplus of goods with the euro zone is a solid prove of the competitiveness of a country which is struggling to change its productive models from building and residential to that of a more open economy. The EU has been the main market for Spanish goods with a share above a 70% of total Spanish exports. However, in 2011 this proportion came down to 66%. Sales in the rest of the world are progressing faster. In fact, exports to the EU increased only a 12.6% in 2011 but for the rest of Europe they went up a 27,3%. In North and South America exports rose a 20-22% and the same amount was recorded in the trade with Asia and with the main Spanish partners in Africa, specifically Morocco and Algeria.

Machinery and equipments goods are the main items in the composition of the Spanish exports. Their share is about 20%. Automobiles come second with a 17%. Chemicals and food products follow with a percentage of a 14% of the total.

There are two weak points in the Spanish foreign trade. First, a high reliance on oil and gas supply. Second, a huge unbalance exchange trade with China. The deficit with the suppliers of oil, Russia, Middle East, Algeria and Nigeria, reaches €25bn. The deficit with China goes to €15,2bn. These two items explain the Spanish trade deficit in its balance of payment with foreign countries. Nevertheless the trade deficit is covered with the surplus in the service balance, tourism being the main item and the Europeans the principal clients.

The current account deficit, a 3% of GDP (in 2008 it accounted to 10%), is due to the payment of interests for the public and private debt.

The dynamism of Spanish exports reflects the effort of its companies to recover the path of growth through the international trade and how the process of adjustment is working.