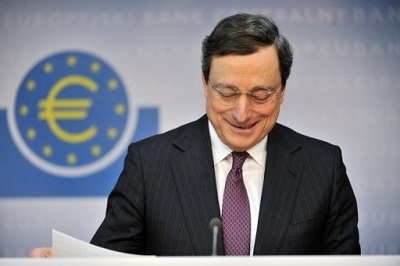 By Tania Suárez, in Madrid | Next Wednesday takes place the second Long-Term Refinancing Operation (LTRO) by the European Central Bank. The hot spot is the participation of some British banks, such as Lloyds and RBS (according to FT), which didn’t take part in the last liquidity auction thanks to the central bank of the United Kingdom. The end of its QE programme has forced RBS and Lloyd to forecast a take of €5 billion and €10 billion each. Now that they don’t have more funds to play with, they want to participate in the European money fair.

According to the market consensus, it’s expected that the ECB injects a similar volume of liquidity to the one of last December. Whereas Mario Draghi estimates over €500 billion, most analysts do not agree and give different numbers. Experts from Bankinter consider that the cash flow pressure will be higher and will reach over €600/€700 billion. On the contrary, from Santander they estimate a lower net amount, and they talk of about €125/175 billion less than Draghi’s €500 billion.

Markets forego this new LTRO, and experts from Barclays and Renta4 estimate a slight drop of demand. From Sabadell, they consider this funds will make the carry easier, and will reduce the cost of financing.