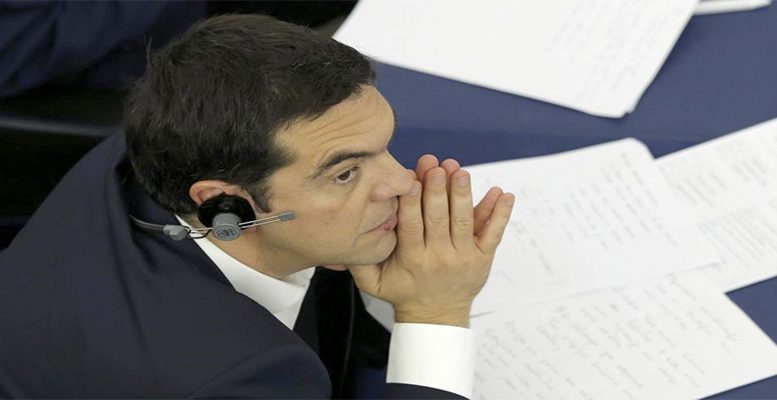 Nick Malkoutzis via Macropolis | The meeting of the International Monetary Fund’s executive board on Monday ended without any clear conclusion on where the IMF stands in the Greek programme.

The vagueness had been expected as the new US administration has not appointed its representative to the Fund board yet, but also because the meeting was billed more as an opportunity for directors to assess the Article IV report, the evaluation study and the Debt Sustainability Analysis that accompanies it.

However, the inconclusive nature of the Washington gathering is also in keeping with the approach to the Greek programme for the last weeks, months and years. Greece’s lenders have never tackled the issue decisively when the option of kicking the can down the road was available. The problem now is that everyone is running out of road.

The programme has less than 18 months to run, Greece cannot fund itself beyond the summer, elections are coming up in at least three key eurozone member states and the issue of debt relief continues to hang over all those involved.

The problem is that each side’s particular concerns and motivations have created a Mexican stand-off from which it will not be easy to extricate themselves.

The IMF believes that the fiscal targets the Europeans have set Greece (3.5 percent for 5-10 years after end of programme in 2018) should be lowered. Doing so, though, would mean the eurozone having to provide immediate debt relief, as Athens would not be setting enough aside to service its debts without such daunting primary surplus goals. Clearly, in a year when there are elections in the Netherlands, Germany and France – all countries where nationalism is baring its teeth – any discussion about “taking it easy” on the Greeks is a political no-no.

In the absence of support for a relaxation of austerity from the European lenders, the Fund has called for more fiscal measures in Greece to meet the high primary surplus target in the form of further tax and pension reforms.

These demands, though are politically toxic for Alexis Tsipras’s beleaguered government, which passed 3 percent of GDP in measures last year and has seen its opinion poll ratings sink steadily to the point that some surveys put the conservative opposition, New Democracy, 10 percentage points or more ahead. Tsipras had insisted that his government would not legislate any further measures and would stick only to what was agreed as part of the third bailout. There are fears in SYRIZA that another parliamentary vote on measures would consign the leftist party to a future in political oblivion whenever elections are held.

As if this does not make things complicated enough, there is the elephant in the room: Debt relief. The Fund believes that Greek debt is on a “highly unsustainable path” (170 percent of GDP in 2020, 164 percent in 2022 and 275 percent in 2060) and that significant relief measures are needed to bring the overall load, as well as Greece’s gross funding needs back down to manageable levels. Again, the Europeans are reluctant to oblige, especially as this would be an even more sensitive issue for politicians to discuss ahead of elections in some member states. This is where the narrative developed by some European politicians during the crisis of Greece as a failing state with a feckless population comes back to bite them by limiting their decision-making capacity.

All this has created an impasse that can only be overcome by a significant compromise on all sides. It has to come soon as the meeting of eurozone finance ministers on February 20 represents the last real chance for even a preliminary deal before the election cycle begins in the Netherlands, home of Eurogroup president Jeroen Dijsselbloem.

The key lies in whether the lenders can give Tsipras a deal that he believes will not destroy his party politically or whether they will refuse to budge, in which case there would be little reason for the Greek prime minister to persist any longer. Calling snap elections and rallying his support by blaming the lenders for the impasse seems a more politically fruitful approach (in terms of his and SYRIZA’s future) than hanging on until the last minute and signing up to a deal he rejected several months earlier (he did that already in 2015).

Athens is hoping that if it does give in and agrees to adopt more measures, such as lowering of tax-free threshold for personal incomes, the lenders will detail the medium-term debt relief measures that will apply from the end of the programme in 2018. Tsipras hopes this will be enough to keep his MPs on board, qualify for QE from European Central Bank and pave the way for a strong recovery this year (the forecast is for growth of 2.8 percent of GDP). This would allow Tsipras to fulfil his stated goal of being the prime minister that took Greece out of the crisis (albeit one he exacerbated during his premiership). This would leave Tsipras and SYRIZA with a much more respectable legacy than the one they are destined for at the moment.

Athens is trying to convince its lenders that the economic fundamentals are strong and that public finances are in better shape than the IMF’s projections suggest. For instance, the government points to the primary surplus coming in at 2 percent of GDP in 2016, well above the 0.5 percent goal, tax revenues beating their target for last year by 1.7 bln and GDP growing slightly last year against forecasts for a small recession.

Are these the green shoots of a recovery? When unemployment is still rampant (23 percent in October) and for roughly every 4 billion euros in taxes that the government collects, another 1 billion is added to the massive pile of unpaid debts (totalling 95.29 billion), it is difficult to argue that things are on the right track. But the fact that the Greek economy and the people that drive it are showing such resilience in such treacherous circumstances suggests that there can be a significant improvement if the conditions change for the better. Greece’s economy has shown signs that it can heal itself; what it needs now is to be given the time and space to do so.