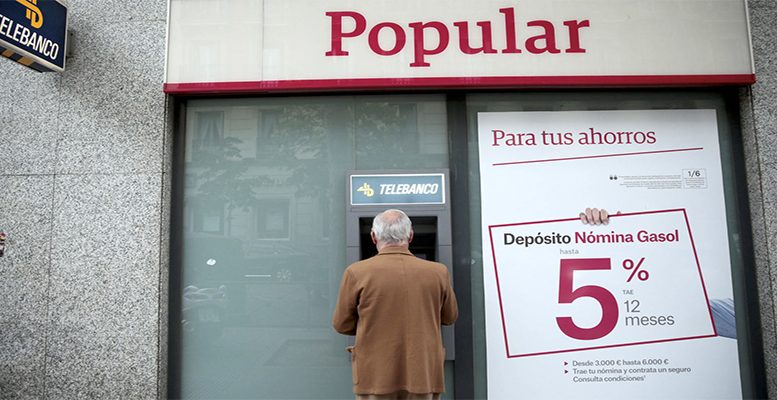 Emilio Saracho, who will take over the reins of Banco Popular in less than 15 days, may not want to go ahead with Project Sunrise. This consists in setting up a small ‘bad bank’ into which € 6 billion worth of property loans would be transferred. Putting it simply, it would be financed partly own resources, partly by Popular itself and partly with bonds which the new bank would issue. It seems like the future chairman is preparing a Plan B as an alternative to Project Sunrise, but no details have been revealed.

If a Plan B does exist, Bankinter analysts cannot give an opinion “as we don’t know what it consists of. Emilio Saracho could unveil it any time from February 20, when he is likely to be appointed Chairman after the AGM on that same day at 11.00. Sunrise needs to be approved by the Stock Market Regulator and the Bank of Spain before it is implemented.

It seems very unlikely that the aforesaid Plan B includes another capital hike, as market rumours are suggesting. If this were to happen, it would give the message that nothing had fundamentally changed with respect to the previous (and  still current) management team if it makes another cash call to guarantee the bank’s viability. Furthermore, the success of this hypothetical third capital increase would be in no way assured. Banco Popular could find itself making a new cash call to raise funds, to which the market does not respond, leaving the bank in a very delicate situation.

This hypothetical outcome would leave the bank at a point of no return as far as a corporate move goes, and this is a risk which the new management team cannot afford to take. At least not immediately.

The new management approach which Banco Popular will adopt from February 20 will be to design a plan to sell off assets (Targobank, financial stakes in companies, its insurance business, asset management etc?) and its portfolio of doubtful and/or defaulting loans to restructure its balance sheet ahead of a corporate transaction which would not happen immediately.