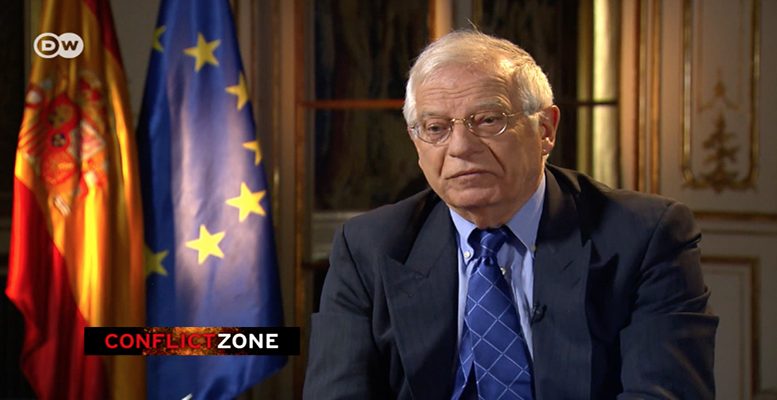 Spanish Foreign Minister José Borrell is an engineer, doctor, economist, mathematician and professional politician, very experienced in Spain and Europe. A seasoned debater, he can be highly exigent, inclement (if necessary), and always capable of mutating from the ice to the fury. A good character for journalists, although they risk to become victims of the minister’s well-known self-righteousness.

Borrell, who received Sebastian at the Ministry, decided for a moment that he should not carry on and tolerate impertinent questions and left. Well advised, he sat back down to complete the awkward interview.

There will be few who consider that the journalist was misinformed and ill-intentioned. But that is not new. Journalists and politicians are not very compatible, their goals and interests do not coincide. The key is that everyone plays their role and deploys skills and ability to dominate the board. Borrell could have dominated the board if to his forcefulness he had added something of disdain, clarifying explanations and a great deal of calm. Some rhetorical superiority to be successful, which means convincing. Maybe politicians are lacking rhetoric skills. The interview with Borrell did not go well, one could think he was unprepared.

Spanish diplomacy has a lot of work to do. There are pending duties, explanations needed, more arguments to prove that Spanish democracy is a established, mature and advanced one. In addition to the rankings a government has to persuade and convince, and that requires focus, preparation and dedication.