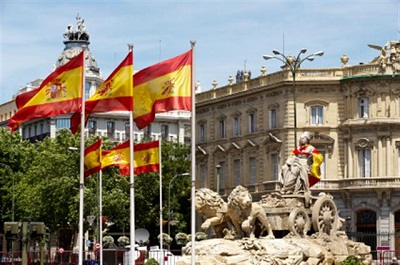 MADRID | Spain seems crippled by mounting economic woes. It faces a steep rise in risk premium fuelled by plunging confidence on its ability to reverse the bleak outlook ahead. Recession takes its toll in terms of higher unemployment, budgetary deviations and extensive deterioration in the banking sector.

Reforms undertaken so far have failed to deliver any tangible benefit. Labour market overhaul has only helped to accelerate lay-offs, with no impact on job creation. The financial wipe up in real estate portfolio has failed to reassure investors. They fear the planned €50 billion extra funding for impaired loans will fall well below real needs. As a result Spanish banks have taken a severe pounding in the stock exchange markets over the last weeks.

Much to government distress, the 2012 budget heralded as the toughest ever implemented has far from convinced investors it will meet the stringent deficit target set by Brussels. With no room to make up for potential expenditure overruns and a largely optimistic income forecast, analysts already predict its final balance to depart by more than 1% GDP from its planned goal.

But Spain’s economic disarray does not fully explain this sudden surge in mistrust. Current turbulences are mainly fuelled by a widespread sentiment that the European Central Bank (ECB) will cave in to Berlin’s pressure and turn off the liquidity tap. Mario Draghi, president of the ECB, has already hinted that medium term financing operations will no longer be conducted in future. Should this move be coupled with a less complacent stand on monetary expansion, peripheral economies will find themselves riding the storm again. The euro firewall recently agreed proves widely insufficient to preserve either Spain or Italy from widespread attack. Its thrifty financing has also deterred IMF members from setting up a complementary fund to help distressed European economies.

An open debate is now raging on how to show the exit door to failing euro countries while avoiding financial instability in core members. In a philanthropic gesture a substantial prize has been offered to reward the best idea to deal with this thorny issue. Meanwhile, Germany having invested itself as the euro guardian undermines its foundations with unrelenting determination. Market speculation amounts to trifle meddling by comparison.

Is Spain in danger of spinning off into full intervention? Most probably it risks coming under covert control, since it proves too big for a rescue package. It may be heading for hell, much the same as Italy, with the non-negligible difference that its travel partner is bound to get there on a first-class ticket.

Be the first to comment on "Is Spain heading for full intervention?"