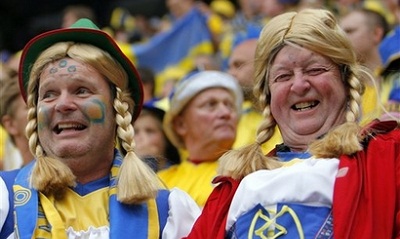 By Luis Arroyo, in Madrid | In this post of economistsview, by Economics professor Mark Thoma, there is a number of charts of several countries and their evolution post-financial crisis. The aim is to probe whether such crises leave temporary or permanent effects.

Here I select the one about Spain, where we can see its GDP. In mid-1973, the first oil crisis came in and Spain’s GDP sort of missed its natural path, which never regained.

Well, this is old news, many would say: during the 1960s, Spain experienced a huge catch up, as any other backward country that runs faster because it wants to reach the best performer, overcoming its underused production capabilities and so on. The thing is, Spain could not keep growing at 7% per year forever.

True, but maybe an option between both extremes was possible. Why are there countries where a financial crisis is a mere blip, and others where the gap cannot be jumped over?

For instance, there you have the US in the 1930s, or Sweden in the 1990s. I remember in the 1990s it was said that Sweden had fallen into decay forever: the social democratic model was excessively heavy. However, after a decade it shone again. Let’s say there were wide, deep reforms in Sweden, further than just a financial stabilisation. Sweden turned to real productivity, modernised its economy, but retained the core of its welfare model. If a lesson was to be learnt from that example, was that if one wanted to redistribute wealth, one first had to be productive.

There were profound structural reforms, the sort of reforms that have not been done here. But then, we must also remember that Sweden decided to sit, by its own choice, outside the European Monetary Union.

In the long term, facts are stubborn. Sweden may have adapted to the new global competitiveness, but enjoying a degree of monetary freedom with which to smooth cyclical shocks. On the other hand, Spain has not exactly reformed its economy yet (on the contrary, in recent years there has occurred a swift counter-structural reform, no matter how hard some try not to see it) and, on top of it, has thrown away the key to control its currency.

Be the first to comment on "Spain is not Sweden, but it could have been"