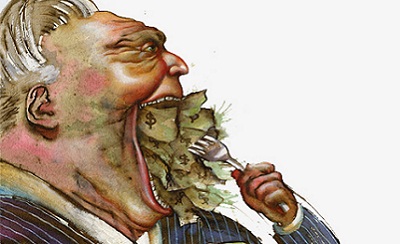 NEW YORK | Yields on Greek bonds are the highest ever. Spanish and Italians are pretty good also. If they pay back, it could be a very sweet deal for every savvy investor. And private assets are on sale too. In 2010, Apollo Global Management bought a portfolio of distressed property loans owned by Credit Suisse for about $1.2 billion, a roughly 50 percent discount to the face value, according to The New York Times. The private equity firm also bought Bank of America’s Spanish credit card business last August for an undisclosed fee, as the bank looked to pull back from the debt-ridden European country. All very cheap, indeed.

What are other private equities waiting for? That’s the question asked in an article at this Wednesday’s Times.

“Europe is one of the world’s greatest investment opportunities right now,” David M. Rubenstein, the co-founder of Carlyle, told a recent private equity conference in Berlin. “There’s no part of the world that will see so much assets sold at a discount as in Europe. But private equity has a problem. The great fire sale in Europe has yet to ignite,” points the NYT.

One of the answers in the article is that all that money spilled into the banks by the European Central Bank reduced the urge of getting cash, and therefore selling assets on the cheap side.

Another reason could be that MF Global obscure case: bankrupted, and with a lot of money disappeared. Moody’s and Fitch cut the company’s credit rankings to junk after MF Global reported a $192 million quarterly loss. Some claimed that investors panicked because of the investment bank exposure to European debt, even if that was only $6.3 billion.

But for some investors only buying what others don’t want can bring real money. The question is if that flood of opportunities will come.

“Over the last year, the industry has announced plans to raise $23 billion to buy European assets, roughly half the global total for distressed funds […] Cerberus Capital Management is currently raising a $3.8 billion fund aimed at distressed debt, including in Europe. The Avenue Capital Group, run by the billionaire Marc Lasry, also has tapped investors for about $2.2 billion for deals resulting from Europe’s debt woes […] Financial firms, particularly those in Southern Europe, have been wary of offloading holdings at major discounts, fearful of taking losses and further depleting their capital cushions. More important, they now no longer have an urgent need to sell assets, thanks to more than a trillion dollars’ worth of cheap loans from the European Central Bank“.

Be the first to comment on "How much cheaper would they want Europe to be to make a good deal?"