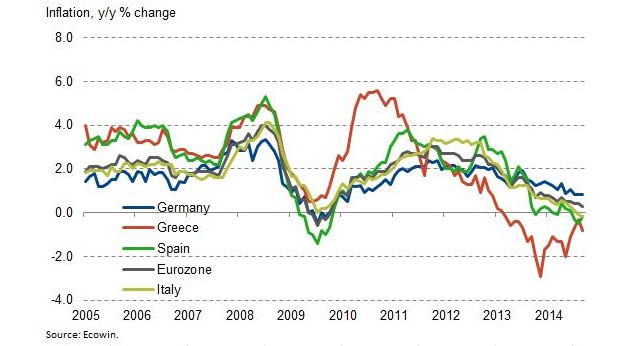 Germany is leaving in a paradox: anti austerity movement is gaining traction, as the country’s last macro data have been deeply disappointing: Berlin now expects growth of just 1.2% this year and the same in 2015, down from 1.8% and 2%, in the face of slowing export growth. Investors’ confidence in the eurozone’s main economy has also been dragged down.

Meanwhile, there is increasing pressure on Angela Merkel’s shoulders.

“Germany is between the hammer and the anvil. On the one hand, everybody expects more from the country. On the other, the American rating agencies have sounded the alarm because many Eurosceptic parties are gaining ground in the core of Europe –such as the German Alternative for Germany (AfD), which presents itself as the party for good German taxpayers, whose savings and welfare are at risk due to the bailout of European banks and indebted peripheral countries,” The Corner’s Frankfurt correspondent Lidia Conde reports.

“However, the rise of the Europhobe and conservative party AfD is not just a concern outside Germany, but also within the same German government.”