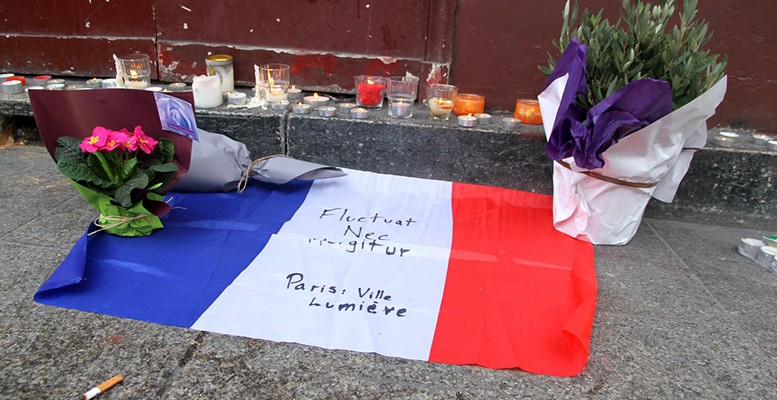 *This article was originally published by The Fair Observer.
Bruce Newsome | European security needs to change. France has the most at stake and the most influence in the EU. It needs to improve European border security first, before it blames national security.
In less than three hours on the night of November 13, seven terrorists killed at least 129 people and wounded 352 others, mostly with small arms (their suicide explosives were used to martyr themselves at the end of their killing sprees). The Islamic State (IS) has claimed responsibility.

France’s terrorism risk is out of control. The government put thousands of soldiers on the streets following the attack on the Charlie Hebdo office on January 7, whose conspirators killed 12 people and also claimed allegiance to IS. On November 13, the attackers avoided the soldiers by striking at unprotected restaurants, bars and a concert hall. Clearly, more soldiers cannot secure Paris.

So far, the focus of blame is France’s intelligence failure. But how could French intelligence be expected to track people deemed to be a threat who may have been in Syria a month ago? Even if French intelligence could track such people, how would France have stopped them crossing into the country once they had entered Europe?

France cannot secure itself with open borders. No state could secure itself with open borders. Homeland security is impossible without control of borders. Yet the European Union (EU) maintains the principle of free movement of peoples within the borders of its member states as if it has no implications for security, and as if the principle is so inviolate that one should lie about its implications or be accused of being anti-European.

Within an hour of the first attack, France declared that the borders had been closed, but in fact they were not: They were simply subject to random spot checks, which amounted to asking drivers to wave a passport. France kept no record of whoever arrived or departed across its borders during the state of emergency, unless the traveler was heading from a non-EU country on a non-EU passport. Most disruption was due to the voluntary cancellation of trains or flights by cautious operators.

At least one of the attackers was a French citizen with a criminal record and a known jihadist history, which probably means he had traveled to Syria to fight with IS and returned to Europe without official discovery.

Another attacker was probably an illegal immigrant from Syria. One of the individuals carried a passport used by an illegal migrant who registered in Greece as a refugee on October 3, having crossed the sea from Turkey. France is searching for another two men who registered as refugees in Greece around the same time. Whether the attacker is the same person as the migrant will need confirmation, but even if the passport was stolen, its own travels prove that once a threat is within the EU, that threat is to practically anywhere within Europe.

One team of attackers hired a car in Belgium, whose discovery prompted five arrests there. Another suspected attacker was arrested in Germany over the previous week, with weapons found in his car and the car’s navigation system set for Paris.

These foreign staging areas should remind us of France’s prior lucky escape. On August 21, a Moroccan male got on a train from Amsterdam to Paris with several small arms, but his rifle jammed long enough for him to be over-powered by alert passengers—he wounded four but did not kill anyone. This occurred just after the train crossed the border from Belgium into France.

On the day before the latest Paris attacks, the European Council’s president warned that the Schengen area was under threat, but failed to offer change. The Schengen regime requires signatories—almost all members of the EU—to allow completely free movement over their shared borders.

The EU itself has offered nothing that significantly improves the security of the Schengen area, despite months of international migrant crises and national defections. A couple weeks earlier, the EU promised millions of euros to Turkey. A few days before the Paris attacks, the EU threw more millions at African states to help them prevent migrants leaving their borders, but without any guarantees. Those millions are more likely to fund the corruption and conflict that drive migrants away in the first place.

Meanwhile, the EU has failed to agree a policy on the currently received illegal immigrants, which have surpassed 750,000 this year—almost all of them claiming asylum. Media outlets have focused on migrants from war-torn Syria, but most are not Syrian, and genuine refugees from Syria are already accommodated in Turkey or Jordan.

The EU has agreed no policy to prevent illegal immigration, to filter refugees from false claimants or to deport illegal migrants. The EU effectively sees all illegal immigrants as if they are refugees, after which it loses track. It leaves all immigrant problems to member states, while complaining when EU states act unilaterally.

Britain has not joined the Schengen area, but its border controls are still restricted by the EU principle of free movement. Not even the English Channel stops illegal migrants. From June to August 2015, illegal migrants effectively shut down the main ports between France and the United Kingdom, but when French or British politicians acted to secure the ports, they were accused of heartlessness and racism. To conflate criminal entrants as if they are legitimate refugees is no better than to conflate all refugees as if they were economic migrants.

Not filtering immigrants is even worse for genuine refugees: Insecure borders favor the young men with the most capacity to travel, to find work and to evade access controls; families with enough money to pay the smugglers also do well; and IS fighters who are both young men and wealthy do best. The huddled masses and those yearning to breathe free are not favored.

IS leaders have boasted that they have sent fighters to Europe via the illegal maritime route. One Syrian member claimed the Islamic State had smuggled in more than 4,000 fighters.

Over the past year, the international community has been complacent about the capacity of air strikes to defeat IS and about the group’s intent to strike in the West. Yet the immediate response to the Paris attacks is more conservatism and complacency. For instance, Chris Phillips, the former head of Britain’s National Counter Terrorism Security Office, told the BBC that we should “learn” from the Paris attack, but we should not “change” because “the whole point of terrorism is it makes us change. The best thing we can do … is do everything we can to keep going.” Yet this is despite France suffering its deadliest attack since the World War II.

The threat from the Islamic State is growing internationally. The day before the attacks in Paris, IS claimed responsibility for suicide bombings that killed at least 43 people in Beirut. On October 31, the Islamic State bombed a Russian passenger plane over Egypt, killing all 224 people on board. On October 10, the group’s suicide bombers killed at least 128 at a peace rally in Turkey. Clearly, no country alone can counter this threat.