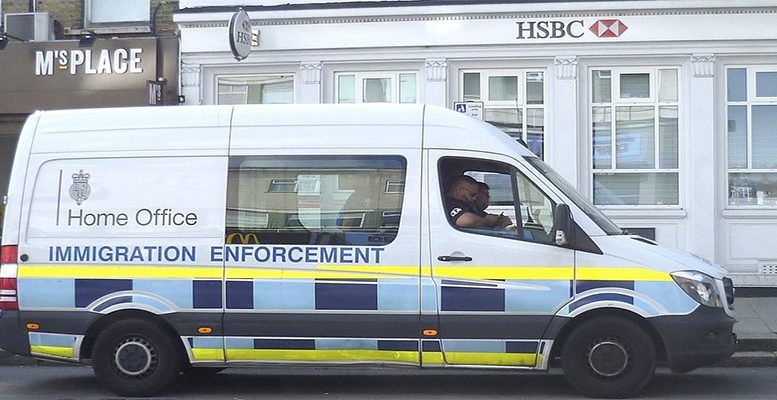 It happened in 2018, not in 1818. Nancy fainted in the main airport in London as she was being expelled from the country. Far from helping her, the police accused her of faking her illness to avoid deportation: “they said they would bind her hand and feet, make her walk as if she were a penguin and they would get her onto the aircraft even if they had to load her,” claimed her husband Fusi Motsamai. The couple, both 35, were trying to renew their papers when they were caught by the expeditious thicket of xenophobic legislation. Accused of being “ilegal”, they were detained in a centre for undesirable foreigners; there Nancy began to feel ill. On 7 March they ere taken to Heathrow to be returned to South Africa, their country. The judicial appeal launched by their lawyer, Linda Appiah, against the arbitrary order of the Home Office did not halt the unstoppable machinery. The Home Office insisted on the legality of its decision.

Unconscious in a corridor, no-one sympathised. Detained they spent the night apart. On waking, the husband was told that a nurse had warned that his wife was too ill to be detained, but that her superiors had ignored the judgement. They were not freed; obliged to inform the authorities of their movements, Nancy got worse; she died of a pulmonary embolism five days later. The lawyer informed the Justice Department of the outcome; two weeks later, the Home Office sent a threatening message to Nancy´s mobile, warning of the penalties she would incur if she did not obey the order to present herself at the Immigration Office. The bureaucrats claimed that an “error in an automated system that had not been updated” prevented the notification being received in time. But the family sought to recover her passport, without success, to bury her in her own country. She returned to South Africa, dead, after the intervention of her Embassy.

The stunned Fusi cannot understand the inhuman British civilisation, compared to the attitude of his wife towards the community where they lived and worked for more than a decade: “her smile lit up any room, she was delighted to help everyone, she worked as a volunteer with children in need and she was angered by injustice”. This image is confirmed by her vicar, the reverend Lucy Brierley, who judges “the system for expelling immigrants shameful”. The case is being investigated, although the verdict of society is clear: Nancy died because she was black.