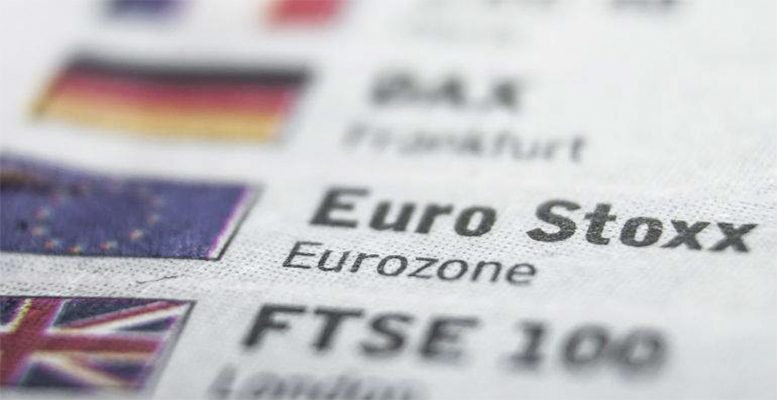 The Eurostoxx 50 proceeds once a year to change its composition, based the stock market capilisations at the end of August. These are officially notified and come into effect on 24 September. This year everything indicates that, finally, there will be three new members of the index: Kering (better known by its main Brand Gucci), Linde (world leader, with Air Liquide, in industrial gases) and Amadeus. These three companies will fill the places occupied by the departing Deutsche Bank, Eon and Saint Gobain.

With these changes the weight of the industrial and consumer sectors increases at the expense of the financial sector and public utilities companies, consolidating a tendency which has been constant since the birth of the index, which celebrates its twentieth anniversary next year.

The evolution of the composition of the index have changed from December 1999 (its first year of existence) to December 2017.

The companies shaded in yellow are those which were already in the index in 1999 and remain in it now. We include the stock market capitalisation for both dates, which allows us to have a rough idea of their stock market evolution during these years, and of the weight which, in an index like the EuroStoxx 50 based on capitalisation, the different companies and sectors had in 1999 and have now.

With the aim of simplifying the explanation, we have decided to classify the companies in four major sectors:

a) the financial sector, which includes banks and insurance companies.

b) The public utilities sector, which includes telecommunications operators and engery suppliers (oil and electricity). The vast majority of these companies in this sector originated in the old public monopolies, which were privatised, and their business remains strongly conditioned by regulation.

c) The consumption sector, including those companies whose products and services are mainly acquired by the final consumers. In the Anglo-Saxon terminology much in use at the moment, they would be companies with B2C business (business to consumer).

d) The industry sector, in which we include tose companies whose products or services are mostly acquired by other companies. In the Anglo-Saxon terminology, these would be known as B2B (business to business). The financial sector has lost weight in the Eurostoxx 50 over the last two decades. In 1999 there were 16 banks and insurance companies in the index and today there are only 10, which will be reduced to 9 with the anticipated exit of Deutsche Bank after the latest revision.

The poor stock market performance after the financial crisis of 2008 has determined, in general, the fall in stock market value of a number of companies, and in aggregate the stock market capitalisation of the sector represented in the index has also slightly declined. Despite that it remains a sector with significant weight, close to 20% of the index, clearly superior to the weight financial companies have in other relevant markets, like the North American.

Although there have been some significant mergers (Hypovereinsbank has been absorbed by UniCredito, Dresdner Bank by Commerzbank and Argentaria and Catalunya Caixa by BBVA …), the major banks today remain, basically, the same as in 1999. Among the most striking events is the entrance into the group of big financial companies of Intesa, and the departure of the second bank by capitalisation 19 years ago (Deutsche Bank) and the second insurance company (Aegon). In 1999, the old oil, electricity and telecommunications public monopolies made up the nucleus of the Eurostoxx 50, both by the number of members (16) and by capitalisation (over 1 trillion euros). Thereafter their weight has been reduced practically by a half (9 companies, after the imminent exclusion of EON) and an aggregate stock market value of near of 500 billion euros.

One of the most significant exits, Royal Dutch Shell, was not because of stock market performance, but because it was re-classified as a British (therefore outside the Eurozone) instead of a Dutch company.

The most significant stock market falls have been among telecommunications operators. In 1999, in full froth of the technology bubble, Deutsche Telekom and France Telecom had a stock market capitalisation three times what they are now, and Telefonica was worth twice what it is now. The falls of Telecom Italia and KPN have been even worth (they have divided their stock market value by 5), which has led to their exclusion from the index.

Thus, public utilities companies, which accounted for around 40% of the composition of the index in 1999, have seen their weight reduced to levels close to 15%. The weight in the EuroStoxx 50 of companies whose products are directed, mostly, to the final consumer has increased significantly in the last two years: from 8 to 14 members (including the re-incorporation of Kering, which was already in the index 19 years ago under the name Pinault), and from 300 billion to more than a 1 trillion euros in stock market capitalisation.

Only two B2C companies that were in the index in 1999 do not remain in it, and both are from the same sector, non-specialist retail distribution (Carrefour and Metro). On the other hand, the companies that have entered the index are generally characterised by their powerful brands (Inditex, AB Inbev, BMW, Danone, Adidas …), which have been able to expand the range of their activities, with global leadership positions. And companies that were already in the index, like LVHM, L’Oreal or Unilever, have gained weight through their excellent stock market performance.

In general the consumer companies included in the Eurostoxx 50 are very globalised, with more than half their business generated in non-European markets, with a strong presence in America and Asia. Finally, the major companies that we have included in the industrial sector (understood as B2B, or those companies who sell their products and services mainly to other companies), generally also with a markedly global geographical área of activity, have also significantly increased their weight in the index, from 10 to 18 members (taking into account the exit of Saint Gobin and the entrance of Amadeus and Linde), and from less than 500 billion euros to practically one trillion in stock market capitalisation.

The majority of the B2B companies which formed part of the index in 1999 are still in it (the only exception would be the expected exit this month of Saint Gobin, given that Alcatel and Rhône Poulenc were absorbed by Nokia and Sanofi, members of the Eurostoxx 50). And among the new incorporations, two major sectors stand out: aviation (Airbus and Safran) and that related to the digital world (SAP and ASML).

Overall, as we can see in the two graphs, the change of sectoral composition of the Eurostoxx 50 over the last two decades has been significant. Regulated companies have lost weight (the financial sector and public services), and the major consumer and industrial maultinational with global reach have gained in importance.