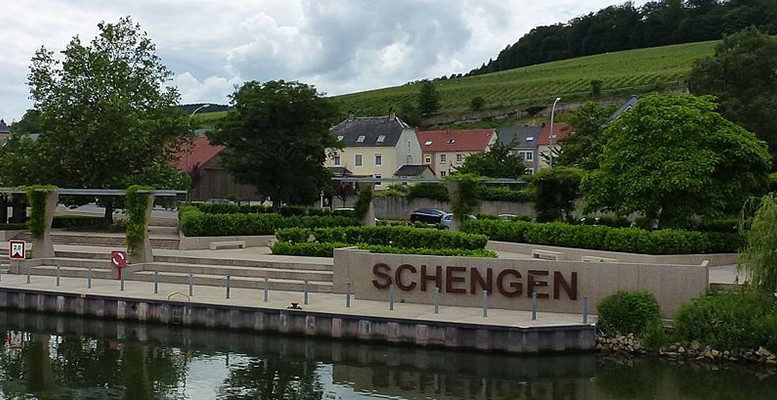 Schengen, another great symbol of European integration, is walking on thin ice because of the difficulty of governments to manage the refugee crisis and the security problems posed by jihadist attacks. Schengen is no longer  irreversible. Even countries like Sweden are considering gestures as symbolic as the closure of the bridge that connects it with Denmark.

Schengen is the name of a small town in Luxembourg on the banks of Moselle river. It saw the birth of the treaty which took its name three decades ago, when the disappearance of internal borders was something utopian. Nobody had ever dared voluntarily to give up so much sovereignty.

And everything seemed fine until the jihadists demonstrated, with attacks and trips to Syria and Iraq, that external borders were not what they should be. Furthermore, there was never the necessary exchange of information between intelligence services. So the influx of refugees, along with the awakening of national egos, have ended up fatally damaging the borderless utopia.

Since then, there have been a host of proposals like that from current Eurogroup President Jeroen Dijsselbloem, who has put forward the idea of restricting freedom of movement to a hard core group of countries, which would exclude Eastern Europe as well as Spain.  A “mini-Schengen” consisting of just Germany, Austria, Sweden, The Netherlands and Belgium. A threat for those who refuse to accept their quota of asylum seekers and for those who don’t adequately protect their borders.

The most surprising thing is that groups of countries normally opt for closer cooperation to make progress on issues which are not popular in other Member States, such as the case of the euro. But this would be the first time that a two-speed Europe would deconstruct a European area that seemed conquered.

In a similar way, Berlin has also threatened those countries that do not cooperate in the refugee crisis, leaking to the media the suggestion of a coalition of volunteers that would exclude problematic countries. The idea was that Sweden, Finland, Austria, the Netherlands, Luxembourg, Belgium and Greece could accommodate a large number of Syrian refugees from Turkey.

So far the threats have been confined to statements. But in December, the European governments sat down to talk with something concrete on the table: a document where the possibility of suspending Schengen for two years could be proposed for the first time.

The objective was to intimidate Greece. There have also been problems with Italy in the midst of the immigration crisis. But Athens’ inability to control its borders is what is behind a threat to expel this country from Schengen. This would be a temporary suspension similar to that which was tabled in relation to its expulsion from the euro area in July.

The threat was indirect. Without mentioning Athens, it was a de facto expulsion of this country. Specifically, the Luxembourg Presidency presented a text where it referred to Article 26 of the Schengen Treaty. This allows successive extensions of internal border controls for up to two years if the external borders are not properly protected. Alexis Tsipras’ government was forced to capitulate and to accept what he had resisted for months: help to control Greece’s external borders.

The management of the refugee crisis has been a disaster. Most have rejected a binding and permanent relocation mechanism. The European Commission has been unable to impose its quota system; the commitments made have scarcely been met, even though they have been much reduced; and asylum seekers’ mistrust makes identification difficult. The only agreement has been to give more money to Turkey to stop refugee flows and turn a blind eye to the deterioration in fundamental rights under Erdogan’s government.

Now, in winter, the refugee crisis has diminished somewhat. Weather conditions make the trip very difficult, especially by sea. But in spring, when the sun is up again, the arrival figures will multiply.

This is the timeframe the European Union has to organise something that works. Governments have decided to postpone a decision on the European area of free movement until March. Articles 24 and 25 of the Schengen Code allow the temporary re-introduction of internal controls for six months.

If there is no progress by then, Article 26 could be invoked, which anticipates successive extensions up to two years. Two years is more than a temporary measure. The extension of two years could slowly kill off Schengen. In the end, it’s likely that everyone ends up going their own way.

Schengen has nothing to do with the single market, as both food prices and exports should not be directly affected, except perhaps indirectly. But we would have to apply again for visas to travel to all countries within the European Union, or at least to those which do not have border agreements. Consulates will have to take on this enormous demand for papers. But closing a border in itself will not stop the flow of refugees. Borders are porous and in the same way as illicit goods get through, people will do the same.

Everything will depend on the future pacts between countries. Germany and France could agree freedom of movement between them.

However, the real impact of eliminating Schengen is measured on a different scale. If it disappears, it would mean a huge retrograde step for European integration.