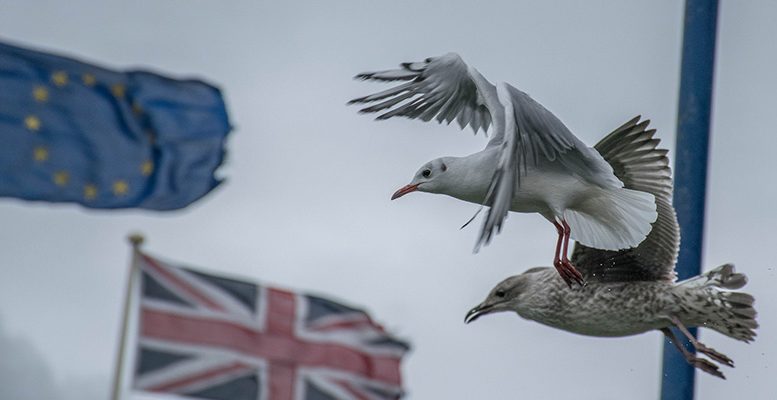 John McDonnell, the UK Labour Party’s candidate for Chancellor, has found a solution. It’s a simple phrase. And he drops it in at the end of his speeches and leaves everyone speechless, crestfallen: “It may be that the Labour Party is not yet your preferred option. But remember that, for the first time in History, this country has a government which is knowingly going to make it poorer.” He is referring to Brexit. Because the party, or the funeral, has already started and the first victims are some of the most familiar brands in the UK high streets.

New Look’s investors will meet on March 21 to vote on a voluntary agreement with creditors, which will result in the closure of six big department stores, 60 shops and revise the rental costs of another 393. Up to 980 Jobs will be lost.

New Look’s legal advisors and the company itself insist that’s it’s a situation which can be compared with that of the property companies. There is nothing exceptional about it and bondholders will not be affected in any way.

But that’s not true. Since 2016, European investors have been expressing their concerns about the finances of companies in the UK’s commercial sector, with sporadic examples showing that there were more problems than solutions. This year, their fears have begun to become a reality.

A sector up against the wall

“This is a sector with a high level of competition, both amongst the traditional retailers and, in particular, those who operate in specific lines,” an analyst from one of the risk qualification agencies explains. “This, along with a weaker macroeconomic environment, is an explosive combination for companies with weaker financial profiles like New Look.” Or like the restaurant chain Prezzo. On March 23 it will be the turn of its creditors to decide on a plan aimed at reorganising their assets. House of Fraser, the popular UK retailer, is another possible candidate to follow New Look and Prezzo, according to specialised market sources. It has been put up for sale by its owner, the Chinese chain Nanjing Cenbest, which is divesting a 51% stake this March.

These three cases alone are sufficient to cause a stomach upset amongst UK investment firms, both big and small. There are approximately 1.4 billion sterling of New Look bonds in the market and some 650 million of House of Fraser. Prezzo, owned by the investment group TPG Global, has loans worth 130 million sterling.

“Investors need to take a close look at each situation,” says a debt advisor in London. “These agreements don’t seem very significant, and provide the companies with an opportunity to improve their balance sheet. But a lot of luck will be needed to turn them into a viable way of avoiding bankruptcy.”

The worst thing is that this has taken no-one by surprise. The UK retail sector has been on the radar of analysts who follow debt non-compliance for some time. Moody’s, in its latest report on unpaid debts with a speculative grade in Europe, said that the sector was the second most susceptible to bankruptcy for at least the last 12 months.

“Of course there is a much bigger issue here, which is that all companies in the consumer industry are under pressure, especially in the UK, but not just here,” says a lawyer specialising in insolvencies who works for one of the companies affected. But he adds: “In the UK, consumers have become more cautious, more allergic to spending and asking for a loan to do this. This is affecting companies, from supermarkets to restaurants or clothes shops.”