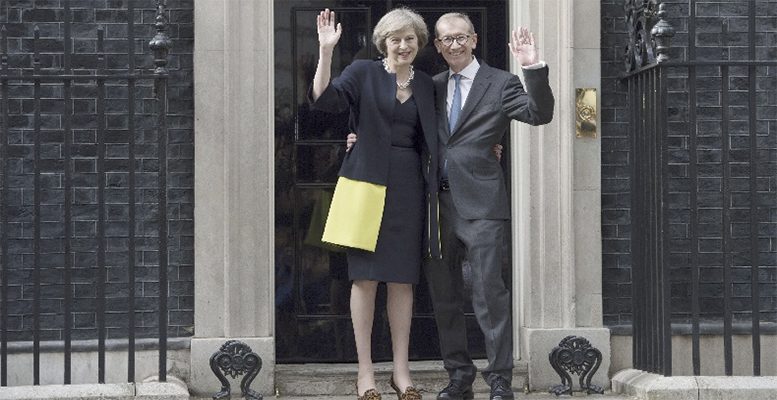 Ms May’s pledges to maintain a solid alliance with her European partners hardly match her open challenge to the EU. Conscious of the fact that any soft Brexit would entail concessions on open frontiers for people plus a humiliating acceptance of the Community acquis, she has crossed the Rubicon, severing links with the internal market and other EU disciplines. By proposing a fully-fledged divorce, she cuts short endless discussions which ultimately would have led to that very same conclusion. By triggering a complete split from Europe, Ms May avoids a foreseeable defeat and likely rebellion from eurosceptics in her party. She also takes the initiative before serious talks start. Even if Mr Tusk cautiously welcomed her clear-cut message, there was a hint of chaos amongst EU institutions as they became acutely aware that Brexit means Brexit.

Ms May is also fully aware that any abrupt segregation might be very damaging for the UK economy. So, while emphasising full sovereignty from the very start, she proposes as a common-sense solution a free trade agreement allowing both goods and services an open frontier treatment, plus a stand-still clause for EU or UK nationals living on the wrong side of the newly raised boundaries. Britain would thus enjoy long-term access to the European markets governed by today’s prevailing conditions. A considerable advantage that its partners will orobably refrain from endorsing. Otherwise, they might encourage other members to leave the Club, as life outside would produce similar benefits while requiring no visible costs.

Ms May has good reasons to doubt her proposal will fly. If it meets refusal, she threatens to turn the UK into a pirates’ island, luring investment away from the continent with an extensive tax haven and other dubious practices. Such a blunt recognition of the will to use mass destructions weapons, should the outcome fail to meet expectations, shows Ms May bellicose mood in confronting her partners. Her courteous pledge to keep close ties is no more than a smoke screen. She is ready to engage in a bitter fight hoping the EU will eventually surrender, and accept her terms in full. Europe will probably try to avoid any damaging clash and could even make some key concessions. But negotiating any post-Brexit agreement will take longer than expected. As the deadline draws closer, the mounting uncertainty could destabilise the UK economy.

For all the grandiose claims about transforming the UK into a global champion, its exports to Europe will remain vital in the foreseeable future. After all, it sells to Ireland far more than to China. While a fair settlement for both sides seems essential, one doubts that Ms May’s defiant tone is the best way to achieve it. It may embolden nationalist spirits back home, but in doing so, it squeezes her room for manoeuvre to find a reasonable compromise at the negotiating table. Nothing could be more detrimental than portraying the upcoming talks as a revival of the Battle of Britain.