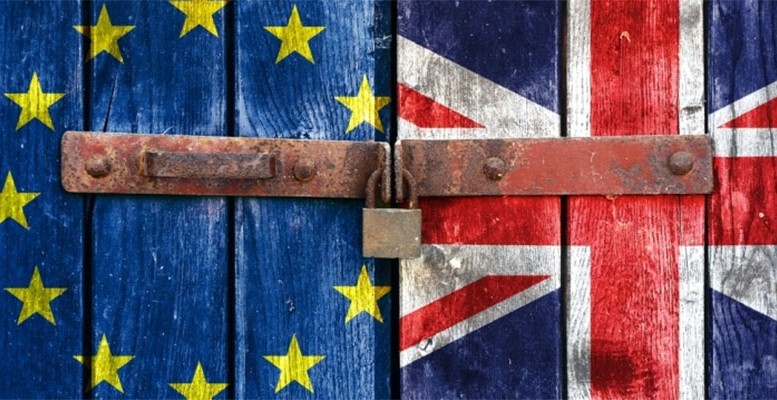 John Bruton | In his book Fateful Choices, which describes how country after country tumbled into what became the Second World War, British historian Ian Kershaw wrote: “The fateful choices that were made were not predetermined or axiomatic. But they did reflect the sort of political system that produced them.” A global war was not anyone’s preferred option, but a combination of ideology, a fear of being encircled or preempted, and miscalculation of the intentions or reactions of others gave the world the most destructive conflict in human history.

There are similar blind forces at play in the Brexit talks. The current political system in the United Kingdom, and the anxieties and obsessions it has generated, determine the British position on Brexit. This expresses itself in an artificially inflexible and brittle interpretation of the 2016 referendum result.

The British government has, so far, been unable to convert that into a detailed, legally viable and constructive outline of its desired relationship with the European Union. If it went into detail, the disagreement between cabinet members is so deep that the Conservative Party would split and the government would fall. The Labour Party opposition has a similar problem.

It suits both of parties that the EU is insisting that substantial progress must be made on other issues before talks about future relations between Brussels and London can begin. This is because if the British government had to set out a detailed position on the future relationship, it is liable to split. Party and public opinion in the UK has been polarized and is unready for compromise. The Conservative Party is consumed with its leadership struggle and cannot be relied upon to make a deal that will stick. Foreign Secretary Boris Johnson’s four “red lines” make compromise impossible.

Likewise, the EU political system determines the union’s approach. There is quite understandable annoyance that the UK, for whom so many special deals were made in the past, now wants to leave the union it freely joined over 40 years ago. The EU negotiating position is inflexible because it has to be determined by 27 countries. It can only be changed by consensus among them, and that can only be arrived at very slowly.

Yet the time limit set in Article 50 of the EU treaty is very short. It will require immense speed of talks on a range of difficult questions. These not only focus on the EU and the UK, but also potentially with the World Trade Organization (WTO) and perhaps the European Free Trade Association, which the UK would have to join if it wants to be in the European Economic Area like Norway. All of this will have to be done between January and November 2018.

Both sides in this negotiation should ask themselves: Are they at risk of finding themselves on rigid tramlines heading straight for a cliff? If so, should some side rails be put in place just for a moment of reflection before they go over the edge?

Franklin Dehousse, a former judge at the European Court of Justice, recently argued that separating trade issues from those concerning the Irish border end up artificially disconnecting those connected topics, and thus limited the possibility of constructive tradeoffs. But he also insisted that the UK must first come up with “precise proposals on all withdrawal matters.”

He’s right. There is no point in the UK asking the EU to move on to trade matters unless and until the country itself is capable of spelling out what it wants and says exactly what trade, environmental and consumer safety policies it will follow after Brexit. It is because the United Kingdom is unable to even say what it wants in the long term on these issues that there has been no progress on discussing the Irish border.

Meanwhile  the UK Trade Policy Observatory (UKTPO), in an article by Professors Alan Winters, Peter Holmes and Erika Szyscak, has suggested that Prime Minister Theresa May’s idea of a “transition” or “implementation” period of two years — after the UK has left the EU — might be very difficult to implement. If so, the United Kingdom will crash out of the European Union in March 2019. They saw several problems with May’s transition idea. They are not trivial issues. One was that, when the UK leaves the EU, it will automatically be out of the EU Customs Union. Therefore, they claim it would have to negotiate a new temporary customs union with the EU for the transition period. It would have to notify the WTO of this temporary union, which could potentially lead to protracted talks with WTO partners.

London and Brussels would also have to agree on how all EU regulations and directives would apply in the United Kingdom during the transition period, with complete certainty on how mutual recognition of testing and certification and the free mobility of labor would work. According to the UKTPO authors, the status of such an agreement under EU law would not be certain. But because it would cover issues on which EU member states retain competence, this might mean that the transition agreement itself might require ratification by all EU member states too. That would take time. Meanwhile, the UK and its EU trade partners would be in limbo. The UK might be already out of the EU while its transition deal has not yet been ratified and is inoperable.

Given the delays to ratifying the EU-Canada deal, which got bogged down in the politics of the French-speaking part of Belgium, this is a daunting prospect. Imagine going through all of that for a deal that might only last two years, and then going through the same process all over again for the final deal. So, negotiating and ratifying a transition deal could be almost as difficult as negotiating the final, permanent deal.

The UK needs to engage itself seriously with the complexities of Brexit. If it looks at all these issues thoroughly, it may then conclude that, despite Johnson’s anxiety to leave quickly, the time limits are far too severe and that more time is needed. If Britain is wise, it would ask its EU partners to extend the negotiation time from two years to around six years. That extension could be done by unanimous agreement among the 27 EU states and the UK. With a longer negotiation period, the UK would need no transition deal and would remain a member of the EU until the final exit deal is done. There would be only one deal to negotiate and ratify: the final one.

There are really no good options here. It would be politically difficult for any UK government to ask for an extension to the negotiation period. Leave supporters would suspect betrayal. There would be very deep reluctance from the EU to grant such a request. Some member states would feel that extending the period would be far too easy on the UK and that the Brits need a reality check. Others would argue that prolongation of the exit process might destabilize other EU members and distract the union from other urgent work. These are valid objections, but they are arguably less damaging than the real likelihood that the UK will crash out of the EU without any deal.

Extending the period to six years would, however, allow the UK electorate to consider — in a more informed way — the full implications of the course they are following. The present tight timeframe minimizes the opportunity for creative thought. Instead, it maximizes the influence of blind, bureaucratic and political forces. It increases the likelihood of miscalculation and the situation of the UK leaving the EU with no deal at all. That would be very bad for Ireland and the European Union as a whole.

If more negotiating time cannot be agreed, then the tempo of talks must be immediately and dramatically increased. Unfortunately, there is little sign that the current UK government, the originator of Brexit, understands this.