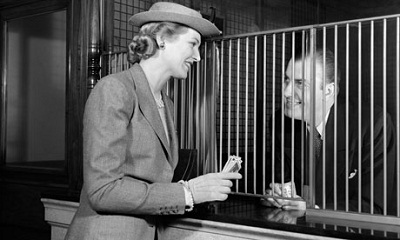 LONDON | The largest European retail bank, the Spanish Banco Santander, announced Friday the appointment of 18 new business managers for its UK branches. Santander UK has pledged to have 500 local business managers based in business communities across Britain by the end of next year.

This might be the way to go if British high street entities are to befriend again their customers. Santander’s own research, according to the group, showed that business owners felt unsatisfied with its personnel and services mainly because entrepreneurs could not quite know who was available or what was in offer. It was then that the bank promised that its business managers would become immersed in local communities, getting to find key contacts and participating in local networking events.

It is a step in the necessary direction, as research from ethical bank Triodos today gave a terrible picture of what bank clients think of their entities: 5.6 million customers now are more dissatisfied with their bank than last year, nine million customers would not recommend anyone to their bank and 30pc blame their poor services on entities’ obsession with excessive bonuses and ever higher profits.

For three quarters of Brits, there has been no change since 2010. Huw Davies, Head of Personal Banking at Triodos Bank, said:

“Surely it should be possible for banks to do more and make things better for their customers and for society as a whole; more than a tenth of people we surveyed are more dissatisfied with their bank than last year […] With so many Brits feeling fed up and dissatisfied with banks at the moment, we’d like to challenge people to vote with their feet, and move their savings to a better bank.”

Yet, the Triodos report points at convenience as the most common reason for picking a bank. A quarter of Brits chose their current branch because it was close to work or home, regardless of rates or business model. Only 7pc chose their bank for its values, and interestingly only 7pc opted for their bank based on the best interest rates. One in eight (13pc) even stated they are still with the bank their parents set them up with when they were a child and haven’t changed it since.

Is the credit crunch and the City’s behaviour swaying people’s views? Triodos say people do care about where their money is used. Over a tenth (12pc) of those who would not recommend their bank explained this is because of its lack of lending support to UK businesses, and a further 12pc because of its lack of lending to individuals who need funds. A 6pc think their bank lacks green and ethical policies. A work in progress here, too.

Be the first to comment on "Did UK banks forget how to do retail?"