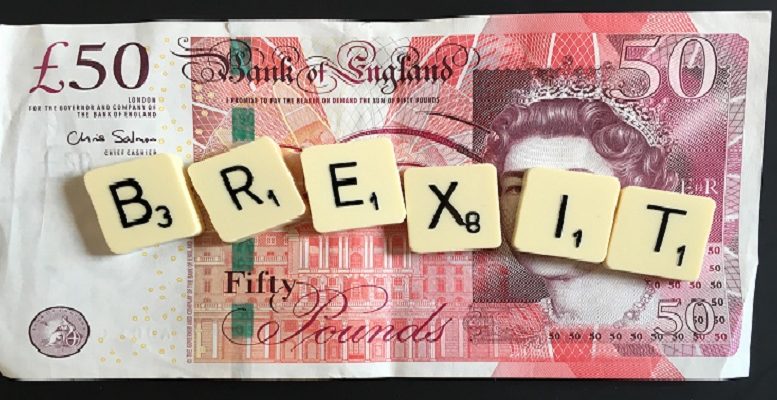 BofAML | BoE’s decision to hold rates looks like a policy mistake. But one they can rectify quickly, at their August 4 meeting. We expect a 25bp rate cut, credit easing and potentially a QE salvo. We expect slightly less than we thought before yesterday’s meeting. A properly combined fiscal and monetary push seems unlikely: a fiscal stimulus will take longer to design, and may be limited given budget constraints.

Policy mistake can be rectified in August, but not fully

The Bank of England’s (BoE) decision to hold rates this week looks to us like a policy mistake. “Most” rate setters concluded the economic situation merited a policy response but kept policy on hold. They seemed to prefer to delay until next month. This makes little sense to us. Better to move quickly and err on the side of caution when you have limited monetary ammunition left. Policymakers had the chance to get ahead of the issue but unfortunately seem to have missed it and confused the situation with their communications.

That said, if this is a policy mistake, it isn’t the biggest one in the world. The BoE have another meeting in three weeks. And “most” rate setters expected to “loosen” policy at that meeting. So easing has probably only been delayed modestly. Probably is the key word though. The delay, the vague words used in the minutes, and the suggestion that not all rate setters want to ease raises a concern for us that the market and BoE may be in different places about the likely stimulus.

This problem could get worse in the coming weeks. The delay may now lead to the question: “if they are waiting, they must have something big coming?” That has tended to happen with the ECB. The FT ran a front page story on 15 July saying coordinated monetary and fiscal policy action was coming, for instance. We suspect easing is coming, but it may be smaller than we had thought last month and could be focused on more ‘niche’ credit easing measures than the big bazooka of rate cuts and QE. It is notable, we think, that the BoE has talked of “loosening” policy, and Andy Haldane “a muscular approach”, rather than specifically rate cuts. At the least, we have much less conviction now: the BoE has added uncertainty to an uncertain world, in our view.
Explaining the decision

The decision to wait to change policy begs the question: if easing is needed, why not do it now? There are several possibilities, some of them more settling than others.

First, just to knock it on the head, we think arguments for delay based on the BoE “keeping their powder dry” or “saving their bullets” are incorrect. In a monetary policy context, saving powder is actively damaging rather than sensible. If the BoE should have eased policy quicker, delay will mean a need to do even more policy easing than otherwise (see the ECB). And if they don’t have much powder left, that will be difficult. In short, the risks are asymmetric when interest rates are close to the zero bound.

What about other reasons? The BoE may just prefer to wait for the new forecasts available at their next policy meeting (4 August) so they can calibrate policy ‘better’. Or they may want to see more data, in case they overcook the monetary action.

But the Brexit shock is not one that needs a finely calibrated response. They probably have a good idea of where their forecasts are heading already: the next two weeks of discussions will likely add little to the big picture. And in any case it seems unlikely that the Quarterly Inflation Report forecasts would stand up to the scrutiny required by trying to finely calibrate policy. All the BoE knows now, and will know in three weeks’ time, is that the Brexit shock is probably certainly negative and possibly big. The BoE will get only more soft data for the post referendum period between now and their August meeting. So far the soft data has shown a marked hit from Brexit. The latest was the RICS housing survey (which the BoE had available for their policy decision). The indicators of activity levels deteriorated sharply and in some cases to or below financial crisis lows. So there seems little point in waiting for these reasons.

A more plausible argument is that policy makers wanted to do everything in one go: unleash a ‘sledgehammer’ as Andy Haldane put it. That raises the possibility that we just have a one month delay and potentially a much bigger package than we had expected. On the other hand, waiting to do everything at once is not what Mark Carney signalled in his 30 June speech. An alternative possibility suggested by the minutes is that rates setters may be less dovish than we thought.

Specifically the minutes note “most”, not all, rate setters expect to ease. Just one (Vlieghe) called for a cut. The minutes signal some concern about potential sterling falls and supply side hits from Brexit: “In the absence of a further worsening in the trade-off between supporting growth and returning inflation to target on a sustainable basis, most members of the Committee expect monetary policy to be loosened in August.”

If policymakers had enough confidence to think they needed a ‘sledgehammer’ there would be zero risk of a rate cut on 14 July being a mistake. And we would have expected them to use more specific words in their communication. All rate setters have said is that monetary policy needs to be ‘loosened’ (rate cuts have not been specifically mentioned). This raises questions in our mind about whether the BoE may make another mistake in August by under-cooking the stimulus.

Also raising questions in our mind is the possibility that the BoE now thinks 0.5% is the lower bound for interest rates. Mark Carney said in February this year that: “we felt that time had moved on from 2009/10 and because of the improvement in the banking system, particularly the building society sector, that we could lower Bank Rate further. So we’re not at the effect of [sic] lower bound at this stage.” That is why we expect rate cuts. But Carney has said “if interest rates are too low (or negative), the hit to bank profitability could perversely reduce credit availability or even increase its overall price.” To our mind, that creates a lack of clarity about what the BoE thinks the zero bound is.

Perhaps this week’s policy meeting saw no action because quickly deployable policy measures (interest rate cuts/standard QE) are not the preferred policy tools of the BoE anymore. That would suggest we should expect relatively more niche Credit Easing measures now, rather than the easily deployable rate cuts and QE.

But if this was the case, the BoE could have said so clearly in the minutes of their meeting and they did not. At the least, all these explanations, counter arguments and confusion suggest the BoE’s communication is lacking, which could be a problem. Another example of that is Andy Haldane’s (BoE Chief Economist) speech this morning arguing for “prompt” and “muscular” monetary easing. Yet just the day before he voted to keep rates on hold. Haldane has consistently been one of the most dovish members of the BoEs policy committee. There could be others who are much less dovish.

On balance, we trim our expectations, and refocus them

That all leads us to several conclusions:

Our conviction has fallen. While some rate setters share our view that early muscular action is better when the central bank has little policy ammunition left, it might be the case that not all of them do. And it is in that sense that we are concerned about how the BoE will react from here on. It was the only port of call in the storm of the past few weeks. An institution with a plan. If they disappoint in August, we think it will be costly.

The longer the BoE waits, the more will be needed

Specifically, getting behind the curve means more stimulus is eventually needed than otherwise would have been the case (which is difficult when there is limited ammunition left). And the market continually pushes for more action. We find it hard to rationalize why the BoE has put itself in this position over a question of cutting 25bp, which would almost certainly not have been a mistake.

Could there be coordinated monetary and fiscal easing?

One possibility we get asked about is whether the BoE are waiting for some coordination with the government. Andy Haldane said on Friday, for instance, “a material easing of monetary policy is likely to be needed, as one part of a collective policy response.” We very much doubt there is formal coordination coming, in the sense of timing announcements for a similar time. We suspect any discretionary fiscal stimulus is likely to be limited.

The government has said it will allow the automatic stabilisers to work, but little more in addition to that. Philip Hammond, Chancellor, also said there would be no new budget until the regularly scheduled ‘Autumn’ statement while the BoE have said they will act before that. If the BoE were factoring in a big fiscal stimulus, it seems unlikely that Andy Haldane would be talking about the need for a ‘muscular’ monetary response as well.

One theory that would make sense is that if the BoE were planning to do QE, it would need a formal okay from the Chancellor before doing so (the Treasury indemnifies the BoE against losses). That would have been tricker before Thursday, when the new Chancellor was announced. Though if that is true it is yet argument for the BoE thinking the lower bound for rates is not far below where they are today (because they could have cut rates even without doing QE).