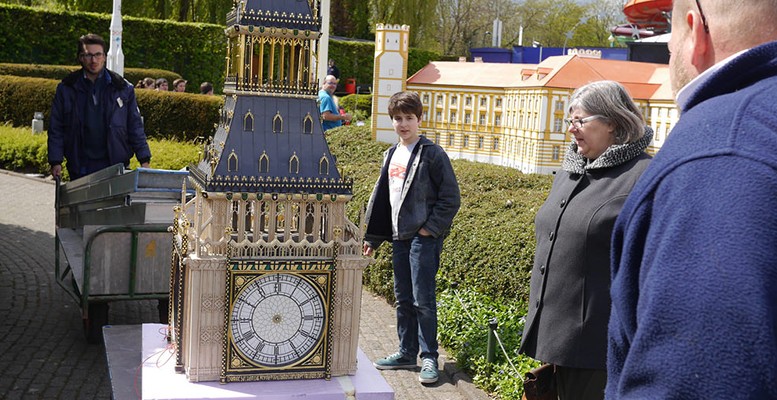 Peter Lundgreen via Caixin | Back in 2013, British Prime Minister David Cameron promised a referendum about the country’s future in the European Union if he got re-elected in a national election this year, and now a vote on the issue is set for 2017 at the latest.

When Cameron pledged this to the people of Britain, he also made a list of demands for the EU. They no doubt satisfied many euro skeptics, but then Cameron had to deal with a cold shoulder from large EU countries like Germany and France.

To avoid a political disaster, Cameron’s government later watered down its demands so they were compromises that would have only a limited effect. These new suggestions will be discussed by EU leaders in December.

Other EU leaders are aware that they need to give Cameron something so he can show his voters the changes he vowed. However, I expect that his sell to voters will be difficult if people do not feel any difference or do not believe that the changes will improve Britain’s lot in the EU.

What should have been Cameron’s biggest ace in the election poker game may now fizzle out. Voters could now be swayed by other arguments. The jump in the number of euro skeptic Britons is probably linked to Europe’s migrant crisis. If this challenge isn’t met, the parties and organizations backing a “no-vote” will benefit.

And as always the macroeconomic situation plays an important role. The British economy has fared significantly better than the eurozone’s. This surely bolsters the argument of some that Britain can exist just fine outside the EU.

However, the economic argument could flip because eurozone growth is finally improving. My expectation, however, is that expansion will face pressure in 2016. I also argue that the gap in GDP growth between Britain and the eurozone will remain in the second half of next year.

The push for Britain remaining in the EU will have the most political backing. Cameron’s own Conservative Party will run a very strong campaign for voting yes. The opposition Labor Party also wants to stay in the EU, but I expect their effort to show less commitment because they are backing their political opponent’s initiative.

Furthermore, organizations supporting an independent Scotland have said they will push for a new vote on independence if Britain departs the EU. The consequence of a no vote could lead to a breakup of the United Kingdom, a prospect that will scare many voters.

If voters choose to stay in the EU, life as we know it will continue. This is part of what no voters fear. Cameron’s demands to the EU could end up with the bloc surrendering some power to national parliaments, but the change will not be significant.

Should the no voters prevail, Britain’s situation will change and this will of course have a big impact. New opportunities will open up, but a number of risks of unknown magnitude will also arise. These risks will surely get a lot of attention in the coming 12 months.

One consequence could very well be that Cameron is forced to step down, though I do not expect that political change will harm the British economy.

Overall, I will persist in my view that Britain is the most attractive investment destination in Europe. I can even imagine that the country will move toward becoming a destination like Switzerland for investors. If this comes to pass, the pound will continue its rise. This could dampen British exports, and exports to the EU will most likely suffer if Britain chooses life outside the EU. If polls show support for an exit from the EU, I would avoid investments in British exporters dependent on Europe. I would favor domestically oriented companies and exporters that could benefit from bilateral free-trade agreements that Britain will be forced to initiate – perhaps with China.

As mentioned, it is possible that Scotland votes on independence again if Britain leaves the EU. This could very well result in an independent Scotland, but the country would end up with hard economic times. The risk is big enough to avoid any investment in Scotland, even today.

The election regarding Britain’s future inside the EU was never meant to be this exciting, but the EU has not moved forward and Cameron has not convinced other leaders to change the system. That was a miscalculation on his part, so I think the prime minister is facing a much more interesting 2016 than he expected.