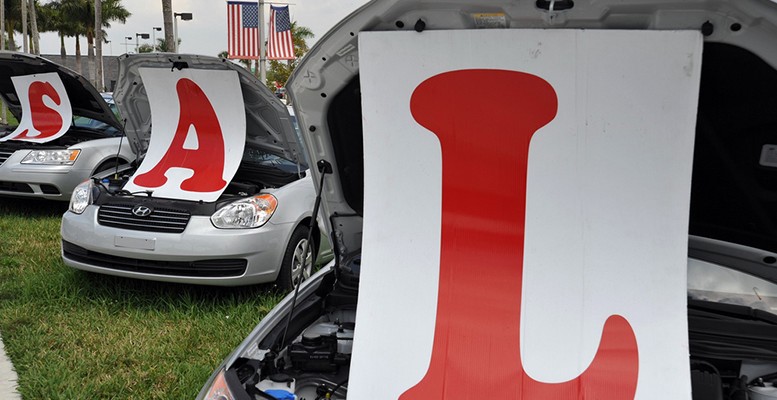 Benjamin Cole via Historinhas | Motor vehicle sales are booming in the United States, up 10% in the last year, and double since the Great Recession. In 2015 more new light vehicles may be sold in the U.S. than ever before. Used cars sales have risen also.

Of course, there is a price to pay for relentless growing demand of complex equipment such as the modern-day automobile. In the U.S. motor vehicle prices have soared…er, been flat since 1998. Thanks to blogger Kevin Erdmann of Idiosyncratic Whisk, we have a better understanding of inflation in the U.S. and the role that ubiquitous local property zoning plays in suffocating supply, and thus boosting price.

There is nothing the U.S. Federal Reserve can do about local zoning, and the U.S. Supreme Court upheld local property zoning in 1926. America’s right-wing, which ostentatiously lionizes free markets when the topic is the minimum wage, goes mute when the discussion is single-family detached housing districts. Highest and best use, and free markets, the capitalist system and all that? Not a polite topic. And that’s the right-wing, the left-wing is worse. See San Francisco. Although the City of Newport Beach, Ca., GOP territory, is just as bad.

Worse, housing is a large component of the CPI, about 40% of core CPI. And, of course, the cost of housing must indirectly feed into other costs, such as the cost of labor. Who is going to live and work in NYC for how much a week?

Better the Fed shoot for 6% or 7% growth in the nominal GDP, and live with some inflation. Given the nature of U.S. housing markets, we will not see robust growth and microscopic inflation together. The central bank’s 2.0% IT is too low, and if a IT is favored, then should be a band, perhaps 2.5% to 3.5%.

The supply-side in the U.S. today is global. Even booming demand for automobiles results in stagnant prices.

The Fed should let it rip.