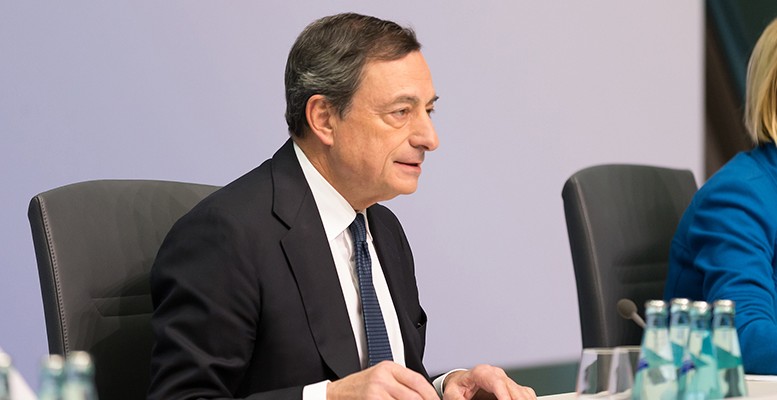 Despite the ECB’s rigid protocol with respect to public declarations, its influential German chief economist, Peter Praet, broke ranks a few weeks ago by saying that the central bank could not just continue to lower lending rates, but also “print new money” and give it directly to households, presumably to increase consumption.

Analysts have put their hands up to their heads, given that Praet’s proposal would be tantamount to returning part of taxpayers’ contributions, but without governments having to hand over the money. It would be the ECB which would print “new” money to refund part of the disposable income.

In the view of the experts, the risk here would be creating inflation. Although everything points to inflation now having taken second place in the ranking of the ECB’s concerns. The German’s proposal would be like implementing a lax fiscal policy, but without governments having to do this by cutting taxes.

If governments don’t take action with fiscal and budgetary policies which substitute extreme monetary policy, then the ECB would further implement extreme monetary policy, to the extent that it would take the place of governments’ fiscal policy. Respected analysts believe that Praet’s comments are not spontaneous. Rather they respond to Draghi’s desire to do what it takes to unblock the European economy and support the banks, without which the economy cannot function in any sustainable way going forward. And if that requires negative lending rates, that’s what will happen. And if money needs to be printed, that too.

The problem arises when you might come to the conclusion that extreme monetarism eliminates incentives for governments to do their part and embark on the structural reforms much needed to revive the economy. The disadvantage of trying to solve every problem with heterodox monetary policies is that they disincentivise governments to take over the central banks’ role with regard to fiscal – lowering taxes and redesigning tax collection schemes – and budgetary policies, which favour productive investment at the expense of current spending.