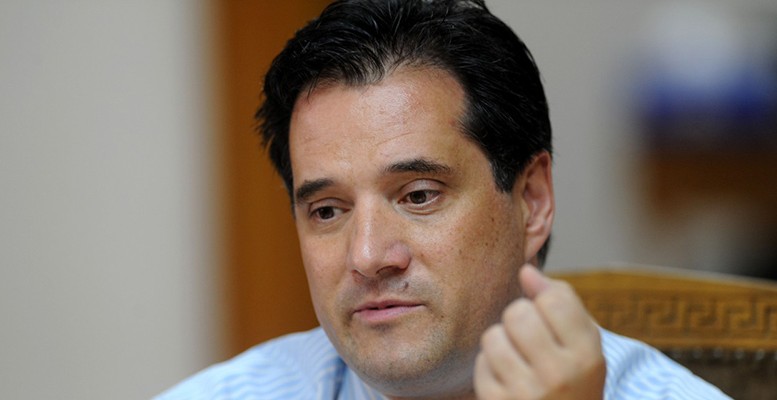 Nick Malkoutzis via Macropolis | Bickering, confusion, delayed decisions on voting procedure, a temporary truce and a camper van: This is more or less the sum total of what the New Democracy leadership race has produced so far.

As the four conservative candidates step up their campaigns ahead of the 22 November ballot (which could lead to a run-off vote a week later), the rivets holding together the strange amalgamation of centrists, liberals, conservatives, nationalists and populists have begun to pop. As the layers peel away, what we see underneath is a party that has failed to understand why it failed miserably in the last two elections, with no clear idea of where it wants to go next and which – regardless of the coalition’s failings – is unfit to govern. After all, a party that takes more than three weeks to decide the process for its leadership election cannot stake a convincing claim to being a position to run the country.

The particularities of each candidate competing for the leadership bring to light much of what is ailing New Democracy at the moment.

Ex-health minister Adonis Georgiadis, the most active of the four hopefuls, has set off around Greece in a camper van. It’s not so much the kind of battle bus to carry spin doctors and embedded journalists seen in the US or UK elections, but more of a ready-for-a-scrap bus to carry the motor-mouthed MP’s outside chances as he tries to convince voters up and down the land that he is the only one of the candidates who truly represents the common man.

Georgiadis was given an unexpected boost at the beginning of the campaign when New Democracy’s electoral committee clumsily shut him out of the race because he submitted his paperwork a few minutes past the deadline. Of course, there is the argument that being able to rally support (each candidate needed the signatures of at least 50 political committee members) and meet deadlines are important qualities for a leader to have.

However a bigger question mark over the ex-minister’s suitability lies in his chequered past. Until he hot-footed it to New Democracy headquarters in early 2012, Georgiadis was a frontline MP with Popular Orthodox Rally (LAOS), a populist, racist and conspiracy-theory-loving nationalist party. The decision of then New Democracy leader Antonis Samaras to accept Georgiadis, and his LAOS colleague Makis Voridis, into the conservative party drew complaints from the Anti-Defamation League and others.

During his time at LAOS, Georgiadis continued his night job as a bookseller on TV. One of the books he sold – Jews: The Whole Truth – was authored by Konstantinos Plevris, a veteran of the Greek far right. In 2007, Plevris received a 14-month suspended sentence for the book after being found guilty of inciting racial hatred. He was cleared two years later, prompting international criticism of the Greek judicial system.

Earlier this month, Georgiadis claimed that promoting Plevris’s hate-inspired book was the “biggest mistake of his political career”. Let’s be clear about this, though: endorsing such a book is not something that can happen by accident. Also, Georgiadis was a politician at the time: He was a candidate with LAOS in the 2006 local elections, before being elected to Parliament in 2007. His decision to promote the Plevris book cannot be divorced from his politics.

It seems incredibly naïve, or wantonly negligent, to believe that Georgiadis underwent some kind of Damascene conversion when he walked through the entrance of New Democracy’s headquarters in 2012. How could one forget, for instance, that the supposedly rehabilitated Georgiadis suggested in 2013 that Greece should “make life difficult” for migrants so they “understand that they are unwanted”, while just this April he argued that each SYRIZA supporter should have to accept an “illegal immigrant” in their home.

Georgiadis claimed this month that he identified with New Democracy “from a very young age”. But which wing of New Democracy, a party that presents itself as an ardent supporter of the Europe Union and its values, was Georgiadis showing an affinity with when he was trying to sell Plevris’s book or engage in other LAOS conspiracy-mongering?

Georgiadis has so far been able to dismiss many of the concerns about his political beliefs by cultivating the image of himself as a working-class guy who just cares too much. Speaking to Star TV this month he admitted sometimes that he loses control and says excessive things. Even if someone was willing to suspend disbelief and be taken in by the Adonis show, does New Democracy – the party that hopes to lead the next government – really believe that someone who openly admits he cannot control himself be a suitable leader?

The fact that Georgiadis is in competition for the leadership of the conservative party underlines what a dramatic tumble New Democracy has taken. At the start of the post-dictatorship era in 1974, when Constantine Karamanlis founded the party, it carried Greece’s hopes of anchoring itself to Western Europe and prospering economically and socially as a result. In fact, Karamanlis enacted some of the most progressive social reforms the country had seen.

Today, the party’s leading lights frequently refer to New Democracy’s founding principles. The fact that it always seems a case of lip service may be the least of the party’s troubles. A much more serious concern is that those founding principles were drafted more than 40 years ago and the party needs to find a new relevance in a rapidly changing world and sorely tested country. The leadership contest so far has not generated any real expectation that there is someone within the party capable of currently taking on such a political challenge.

Current interim leader Evangelos Meimarakis stabilised the party when Antonis Samaras was forced to stand down following the embarrassing and thorough defeat of the “Yes” campaign in the 5 July referendum. History will be kind to him for his measured approach at this time, when the country’s future hung in the balance. However, his limitations have been exposed since then. Peppering his pleas for cross-party unity with coarse attacks on SYRIZA and voting for the third bailout in August, but then gradually distancing himself from it, have given the impression of unscrupulousness. Equally, his folksy style was initially endearing, especially compared to the Machiavellian chill of his predecessor, but is gradually becoming a tiresome shtick the longer he goes without adding any substance.

Ex-administrative reform minister Kyriakos Mitsotakis presents himself as the reformer in the group of candidates and the one who has the will to keep the party on a centrist path. His record is too inconclusive, and perhaps too brief, to provide convincing evidence to back this up. However, his calls for transparency and meritocracy are undermined by his past. His father, once prime minister and the New Democracy leader, Konstantinos Mitsotakis, is a divisive figure within the party. It is also hard for the son to bury accusations that he has benefited politically due to his family connections, which is supposed to be one of the practices that he is fighting against.

Central Macedonia Governor Apostolos Tzitzikostas comes into the race as the youngest candidate. At 37 he is younger than Alexis Tsipras, which satisfies those within the party who feel they need to be led by someone who can claim to be fresher than the prime minister. Again, though, if one begins to scratch beneath the surface, then his candidacy is also beset by complications, especially when it comes to the idea of breaking with the past. Like Mitsotakis, Tzitzikostas is also the son of a former New Democracy stalwart. (Meimarakis’ father was also an MP, briefly, in the 1960s.) Tzitzikostas’ father, Giorgos, was a royalist member of the party and was elected nine times as an MP for Thessaloniki. Apart from that, Tzitzikostas is restricted in the role he can play if elected leader since he cannot sit in Parliament until his stint as governor is over in 2019.

All this points to a party that has lost its way and hopes that a change of leader (any change, any leader) will lead to a revival. However, the belief that changing the man at the top will breathe new life into New Democracy shows just how far the rot has set in.