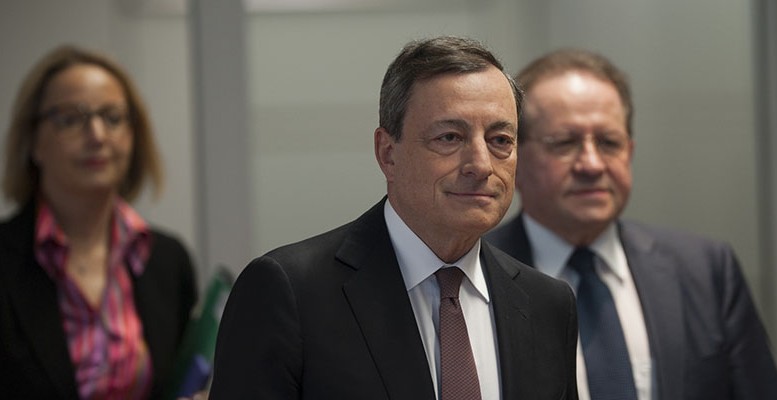 The ECB has committed to reviewing its monetary policy at its March meeting, leaving the door open to implementing any (monetary) instruments  it has at its disposal. Thus the central bank is acknowledging the increasing downside risks and the deterioration in inflation, failing to meet end-2015 expectations and discounting low or even  negative CPI rates in the European Monetary Union over the coming months.

“The ECB has effectively been obliged to take action, if it wants to avoid punishment from the markets. But the question now is whether its commitment will satisfy the markets and today’s session will attest to this. The reference points will be scarce, however, with only preliminary Eurozone PMI data for January expected. Minimum changes are forecast here, with the data showing a continued improvement in the area’s economies,” Intermoney analysts say.

The Corner’s senior analyst, Francisco Lopez, believes that any (ECB)’s measures “could possibly boost eurozone economic activity, but it won’t put an end to market instability”. He adds:

“The ECB can do little to stop the outflow of capital from China, nor can it make Saudi Arabia give up its policy of eliminating competition by inundating the planet with barrels of oil.”

Buying financial assets to reduce the credit risk on the banks’ balance sheets would be the most efficient instrument, according to ACF analysts. “Purchasing public debt against credit concession is limited. To boost the flow of credit to the real economy, the ECB should try to ease the risk element on the banks’ balance sheets. In Europe, two thirds of corporate loans are financed by the banks. And they cannot substitute public debt (which does not consume resources) for corporate debt, which will consume resources depending on the quality of the credit,” ACF says.

The ECB has maintained the interest rate on key financial transactions (0.05%), on lending (0.30%) and on the deposit facility (-0.30%). It has announced it will review its monetary stance in March.