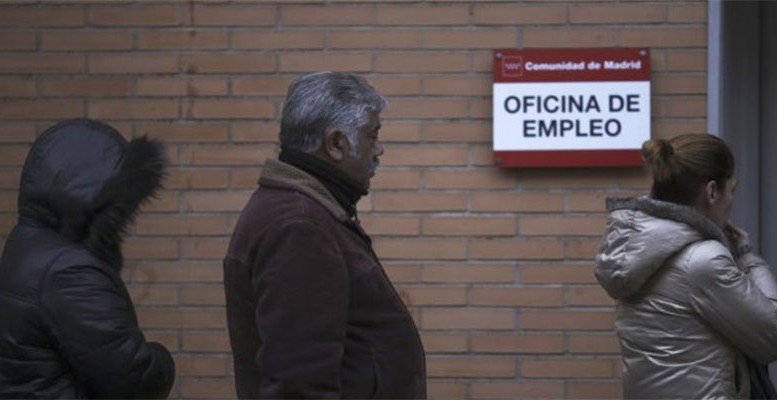 In December, the number of jobless in Spain fell by 55,790 people, bringing the total number of unemployed for the full-year to 4.039 million. So the government’s hopes that the jobless number would fall below 4 million in 2015 were dashed. And those who were expecting a significant slowdown in the labour market in the second part of the year, after the strong rise in the first half, were proven wrong.

The number of jobless dropped by 354,000 people in 2015 compared to a year earlier, while in December the decline was 12,000 less than a year ago. This data shows that job creation shows a certain structural fatigue the nearer the jobless rate gets to the Spanish’s economy’s current structural unemployment rate.

There was a similar positive trend in the number of people registered with the Social Security. There were 85,314 more people registered in December compared with the previous month,  with the numbers boosted by the Christmas campaign. The total number of affiliations were 17.3 million, far from the 20 million the government deems necessary to meet the cost of pensions burden.

So in terms of job creation, 2016 is something of an incognito. And analysts hold the view that this index will not necessarily be linked to GDP growth, given that there are many factors, both at the national and global level, which could upset current predictions.