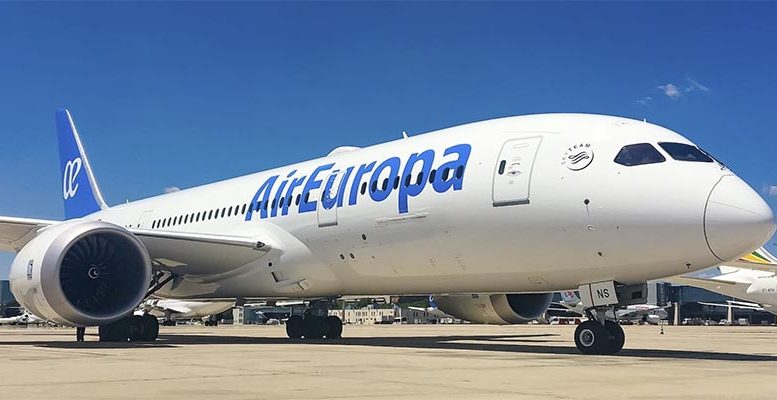 The airline had requested help a few months ago and today the Spanish cabinet has authorised its rescue, the first one involving a private company in Spain during the coronavirus crisis. The State will inject 475 million euros to avoid Air Europa’s bankruptcy via a specific fund created to save companies with solvency problems, particularly affected by Covid-19. This aid will mean a support of 240 million euros via a participative loan and another 235 million through an ordinary credit.

Air Europa will have a maximum of six years to repay all the loans received through a fund of 10 billion euros.

Government spokesperson, María Jesús Montero, has justified the rescue of Air Europa to avoid its bankruptcy as it is considered a strategic company. She argued that Air Europa is the second Spanish airline with the largest number of flights to international destinations. “It flies to 130 airports in 60 countries, which shows the extent of the impact on the Spanish tourism sector,” she noted.

The airline, which is one of the key firms in terms of connections with Latin America and the Canary and Balearic Islands, has seen its activity fall by 95% from in the March-June period.

Air Europa has already presented the government with a viability plan to authorise this public aid, although the future of the airline depends on its integration with Iberia. The latter had announced its intention to merge with Air Europa shortly before this coronavirus crisis. The operation meant the creation of a giant in the airline sector and was valued at more than 1 billion euros. However, amidst the crisis, expectations have been dampened while awaiting this rescue which will be key to to boosting the operation.

Air Europa accounts for 18% of the overall revenue of all airlines in Spain. This market share contrasts with that of those airlines rescued in Europe. Germany and France have helped Lufthansa and Air France-KLM, both accounting for more than 50% of the activity of their main ‘hubs’.