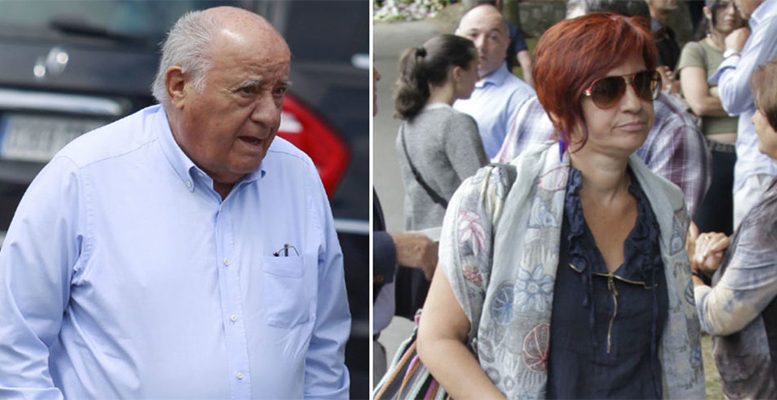 Amancio Ortega and his daughter Sandra, heir of Inditex empire

Inditex founder, Amancio Ortega, is still the person with the largest fortune in Spain, with 70 billion euros, followed by his daughter Sandra Ortega and and Mercadona chairman, Juan Roig. The three business people top the list of the 100 biggest national fortunes drawn up by Forbes. For yet another year, Forbes’ list is headed up by Amancio Ortega whose fortune, 1 billion euros less than in 2016, is equivalent to that of the following 51 millionaires.

And in fact, current week Ortega was paid a dividend of 628 million euros, corresponding to the last dividend Inditex will pay shareholders this year. With this final amount, the company’s founder will have clocked up a total of 1.256 billion euros in dividends in 2017.

This year, the average net assets of any member of the Forbes list is 1.580 billion euros if Ortega is included and 890 million if he is excluded.

In second place behind Ortega is his daughter Sandra, with a fortune of 6.5 billion euros. She is followed by Mercadona chairman, Juan Roig, with 4.8 billion euros, Iberostar chairman, Miguel Fluxá, with 3.6 billion euros and Ferrovial chairman, Rafael del Pino, with 2.9 billion.

The five largest fortunes on Forbes list for Spain total 87.8 billion euros this year, compared with 88.7 billion a year earlier, accounting for 55.3% of total wealth.