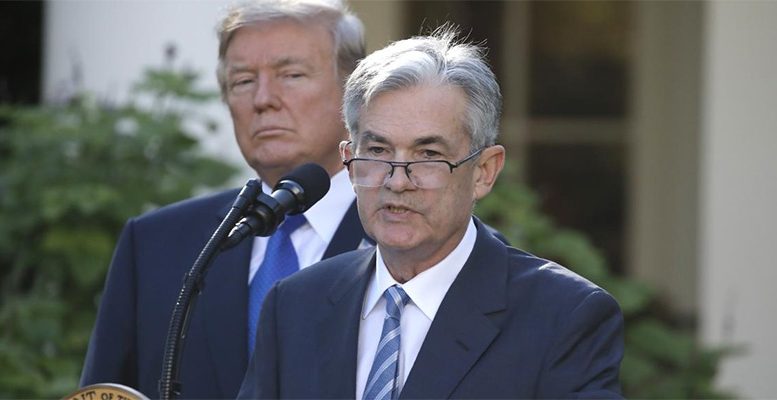 US President Donald Trump eventually nominated Federal Reserve Governor Jerome Powell as next chairman of the Federal Reserve. As Allianz GI experts remind ” Mr Powell is expected to carry forward many of Chair Yellen’s policies, including the current path of policy normalization, but Mr Trump will have many more opportunities to remake the Fed. They explain:

“Described by President Trump as a “low-interest-rate guy,” Governor Powell has never dissented from the policy actions of the Federal Open Market Committee (FOMC) during his five years as a voting member. However, it remains to be seen how Mr Powell will make his own mark on the US central bank, though his keen interest in regulatory and payments systems issues make them likely areas of focus.”

President Trump is also likely to appoint three more Federal Reserve governors over the next several months, including the vice-chairman. Factoring in Mr Trump’s earlier appointment of Fed Governor Randy Quarles, who was confirmed by the Senate in October, Mr Trump will likely nominate five of seven Fed governors by the middle of next year, giving him a unique opportunity to shape the Federal Reserve.

Who is Jerome Powell?

Sixty-two-year-old Mr Powell was appointed to the Fed’s Board of Governors by President Obama in May 2012. He started his career as a lawyer and investment banker, and he served in President George HW Bush’s administration as assistant secretary and undersecretary of the Treasury. Here are some highlights of what we know about Mr Powell, including his view on key monetary policy issues:

Potential impacts on the market of Jerome Powell’s nomination new Federal Reserve chair comprises from interest rates and US dollar to financial deregulation as well as the institution’ balance sheet and equity markets.

Allianz GI believe that the Federal Reserve under Chairman Powell will continue to normalize rates, with a similar data-dependent approach as Chair Yellen.

The one difference may be that Powell seems to favour “constrained discretion”, or providing more transparency and detail around how the FOMC interprets economic data. Currently, the median rate path outlined by the FOMC’s most recent “dot plot”, or presumed path of future interest rates, indicates one rate increase in December 2017, and roughly three hikes in 2018. Notably, the markets continue to price in just one or two rate hikes next year.

In the near term, the choice of Mr Powell should be viewed by the markets as one of the more dovish options, particularly compared to John Taylor – another top candidate on President Trump’s short-list, generally considered more rules-based and hawkish.

As a result, we may see US Treasury yields and perhaps the US dollar trend downward as an initial reaction to the announcement. We believe this reaction will be short-lived, as Mr Powell – much like Ms Yellen – will be focused on the tasks of rate and balance sheet normalization. Over time, we expect 10-year Treasury yields to continue to move upwards towards 3 per cent by the end of 2018.

Beyond the initial reaction, we also see the US dollar strengthening in the near term. There are two reasons for this. First, the rate differential between the US and other major central banks – including the European Central Bank and the Bank of Japan – continues to be highlighted over this rate-hiking cycle, as shown in the accompanying chart. Second, the US is entering a phase in the cycle of typically strong economic growth rates.

Mr Powell is likely to continue the detailed balance-sheet-tapering plan launched by Chair Yellen. Under this plan, the Fed would allow USD 10 billion per month to roll off (USD 6 billion in Treasuries and USD 4 billion in mortgage-backed securities). The amount of this roll-off would increase by USD 10 billion every quarter, ultimately reaching USD 50 billion per month. At this rate, the Fed’s balance sheet should fall below USD 3 trillion in 2020. According to Allianz Gi analysts balance-sheet tapering is another mechanism, alongside rate hikes, by which the Fed will remove liquidity from the system going forward.

Analysis indicates tapering is roughly equivalent to two to six 25-basis-point rate hikes over ten years, depending on researcher assumptions.

This is perhaps the one area in which Mr Powell differs most from Chair Yellen. Mr Powell has indicated that he is willing to roll back or temper some Dodd-Frank regulations – for example, by easing the annual stress-testing requirements, particularly for smaller regional and community banks. In addition, President Trump may favour appointing new Fed governors with a similar fondness for deregulation, strengthening Mr Powell’s position.

We believe this would be moderately positive for the US financial sector in particular, and it would provide the Republican Party with a “win” before mid-term elections in 2018. Over the longer term, however, we believe loose regulation of the banking system could potentially incentivize excessive risk-taking, once again creating destabilizing forces in the US financial system.

President Trump may get his wish on risk markets in the near-term – the Fed under a Chair Powell would likely continue the current data-dependent rate path, which thus far has resulted in a “low and slow” rate environment. Combined with above-potential (albeit modest) economic growth, this would result in a continued benign backdrop for US equity markets.

Over the next 12 to 24 months, as the Fed continues down its path of hiking rates and tapering its balance sheet, the US economy will move closer to the end of its cycle, as liquidity is removed from the system. Monetary-policy normalization, regardless of who is at the helm of the Fed, will likely tighten financial conditions and lead to some economic slowdown, which can create a more substantial “risk-off” environment in the markets.