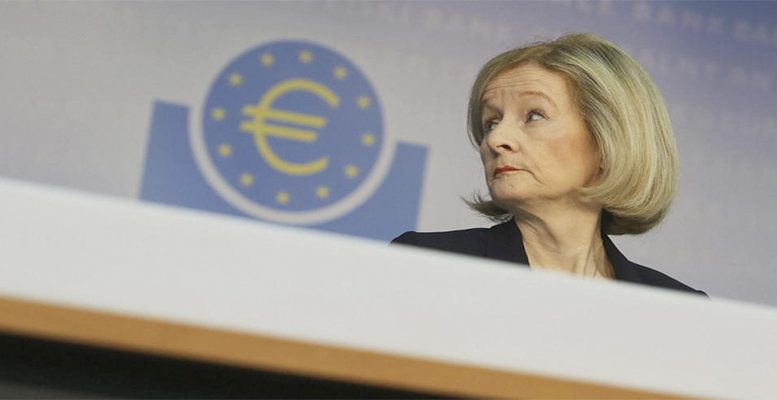 Daniele Nouy, Chair of the SSM Supervisory Board

Everything seems to indicate that the Bank of Spain inspectors, one of the biggest elitist groups in Spain, feared even by the most powerful bankers, are not currently in a good place. The blame lies in the fact that the ECB, or rather the Single Supervisory Mechanism (SSM), has taken over the function of banking supervision. This has left the inspectors somewhat bereft of functions, workload and influence.

And they have not kept quiet but have already issued a variety of protests against the ECB’s working methods, which they believe are inaccurate. They have accused the SSM of focusing too much on capital requirements and forgetting other key issues like the control of asset quality, the veracity of the information supplied by the banks and the provisions made for losses. They say this could lead to a repetition of financial crises similar to those we have seen in the past.

But what has really bothered them is that the ECB has sent private auditors, from Deloitte, to inspect the books of various banks in situ, something which it had begun to do previously in France and Italy. According to the inspectors, the Constitution reserves these functions for the Bank of Spain, so any type of supervisory work on the part of private auditors is illegal, or irregular.

Up until 2014 when the ECB took over the supervision, the inspectors were the onese who went to the banks to look at their accounts and financial statements. Now they have been reduced to compiling the data requested by the ECB and sending it to Frankfurt. Not much more.

And now seeing Deloitte taking their place has annoyed them. They complain that the ECB doesn’t trust them. And that seems to be the case. Obviously the ECB doesn’t trust them! Nor the Bank of Spain. That’s why it has taken over their functions. How are they going to trust the Spanish inspectors who said hardly anything when the savings banks were going bankrupt? Or those in Italy, who apparently also did not draw attention at the time to the reality of Monte del Paschi’s crisis?

But what seems to really put them out is that, despite their presumption that they are an important body and one which it is difficult to oppose, they are not held in high regard in the SSM. And neither does the ECB take them into account. Relations are so cold that the head of the SSM, Frenchwoman  Danièle Nouy, did not hold back when she met with the inspectors during a visit to Madrid. She did not make the slightest effort to be nice, something which is unforgivable in Madrid where one needs to keep up appearances and make a good impression.

With this arrogant, coarse, dry and unpleasant air which is so typical of the Parisians, Madame Nouy not only dismissed each and every one of the inspectors’ complaints but also took them to task for not speaking English. “Anyone who doesn’t speak English in the XXI century is an illiterate,” she said, suspicious of the problems which the ‘illiterate’ (in terms of languages) Spanish inspectors are causing when working with the SSM inspectors, most of whom, obviously, come from other countries in the eurozone.

This is a serious issue because the head of supervision in the SSM in a country cannot be a national of that State. So communication becomes impossible. And this generates problems in the functioning process which are insuperable. And that’s why Nouy is annoyed. In Frankfurt they simply do not understand how such high-ranking civil servants can go through life without knowing the most basic English, when any taxi driver or waiter in Germany has mastered it.

The worst thing is that their shortcomings in English have cut short the Spanish inspectors’ expectations of going to work at ECB headquarters. It was on the cards that at least 60-100 inspectors could take up inspection jobs in the SSM, much better paid than their own ones, which let’s say are not badly paid. But the entry salaries in the SSM are between 60,000 and 120,000 euros, plus 5% of salary for housing, 325 euros a month per child and up to 500 euros to help with school fees for each child. There are also subsidies for expats which can amount to 16% of salary.

However these jobs have been picked up by younger professionals, from the banking or auditing sectors. And now these youngsters, who are their children’s age, have not only ignored the inspectors’ complaints, but they have to take orders from them. And all because of that ill-fated English!