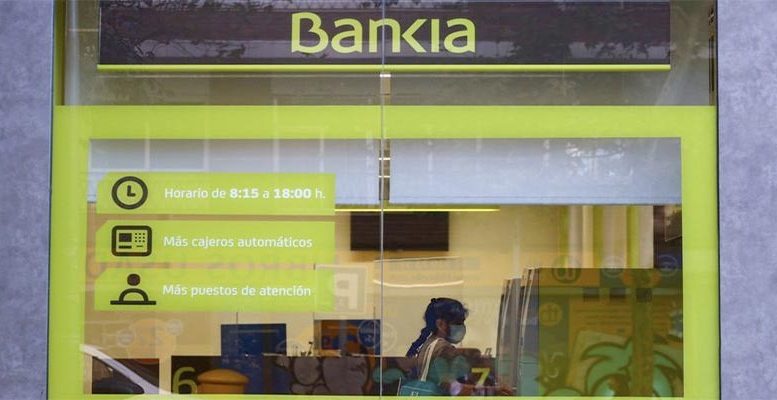 Bankia is the leading bank in Madrid, while Caixabank has a greater market share in Catalonia

Bankia and Caixabank have communicated that they are at a preliminary talks stage for a possible merger that would be carried out through an exchange of shares. For the time being, no agreement has been reached. The merger would create a lender with total assets of €664 Bn (according to data from Q2’20). So it would be the leading Spanish bank by volume of assets, far ahead of BBVA and Santander. It would combine a network of offices (including those of CaixaBank’s Portuguese subsidiary) with 6,700 branches and staff of over 51,000.

With regard to shareholders, the State is Bankia’s majority shareholder with 61% and La Caixa Foundation controls 40% of CaixaBank. Therefore, given the capitalization of both entities (CaixaBank is more than three times bigger than Bankia), the new entity would be controlled by La Caixa Foundation with a 30% stake. Meanwhile the FROB would have a 14% stake in the merged group. So we will see what happens with the negotiations.

This is the issue which is raising more doubts for analysts. Some think that merging Bankia with a private bank is bad news for consumers and for the country, as the State will go from having a 61.8% stake to 14% in the new institution. For many, the combination of Bankia and CaixaBank will mean the Government’s definitive withdrawal from a public bank and thousands of new layoffs in the sector. As well as the fattening up of a private oligopoly too big to fall. In fact, since 2007 the concentration in the banking sector has continued to increase. The Caixa-Bankia merger is a further step in the process. The 3 largest banks will have 61% of the market.

On the other hand, the businesses of both banks are complementary, with a greater weighting of mortgage credit and real estate collateral in Bankia (55% of the total gross credit portfolio in H1’20 vs 35% in Caixabank). Meanwhile, there is greater exposure to corporate and consumer credit in Caixabank vs Bankia (47% of the total gross credit portfolio vs 39% respectively). Caixabank would contribute its leadership in the insurance business and a more profitable business, while Bankia has a better solvency position.

However, the operation would be quite complementary from the point of view of the new merged bank’s solvency (Bankia has a CET1 ratio of 13.27% and CaixaBank 12.3%). That said, the relevant difference is at the profitability level (RoTE) where CaixaBank has 5.6% and Bankia 2.3%.

From an industrial point of view, the merger will significantly strengthen the market share currently held by the two banks in the main areas of Spain’s economic growth. CaixaBank is very strong in Catalonia, the Balearic Islands, Madrid, the Valencian Community and Andalucia, while Bankia is the leading bank in Madrid and also has a strong presence in Valencia.

The operation is part of the sector’s logical consolidation process which has been anticipated in recent times, given the increasing difficulty for banks to achieve adequate profitability levels. This has been further aggravated by the impact of the Covid-19 crisis and the extraordinary provisions which all institutions have had to make. In fact, the operation comes barely 48 hours after the Vice President of the ECB, Luis de Guindos, considered it as “urgent” to carry out more mergers in view of the collapse of the sector’s profitability. At this point, it is worth asking oneself whether Luis de Guindos might have been preparing the ground for the merger of Bankia and Caixabank.

In the current environment of negative interest rates and the Euribor at minimum levels, Bankinter’s analysis team believes the ability to generate RoTE is more focused on cost cutting than on revenue growth:

“In this sense, the two banks’ integration (with complementary presence particularly in Catalonia, Madrid and Valencia) could mean significant savings in the medium term. That said, in the short term it will also have high costs.”

“While it is true that in the medium term the integration could generate cost savings (synergies) and improved profitability, in the short term the income statement could be impacted by the extraordinary costs associated with the operation (branch closures, etc).”

“In our opinion, the operation would take place via a share swap and therefore the generation of value for shareholders will depend on this swap and the supposed premium it represents.”

In 2020, CaixaBank’s shares have lost 34% of their value and its capitalisation totals 10.859 billion euros. Bankia shares have fallen by 38% (61% of the capital is owned by the State) and its stock market value is 3.178 billion euros.

At mid-morning, CaixaBank’s shares were up over 9%, while Bankia’s were almost 30% higher on news of the start of merger negotiations. The rest of the banking stocks were also on the rise.