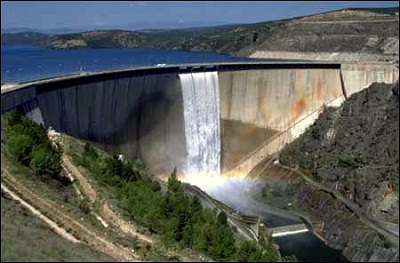 MADRID | Privatisation of Canal de Isabel II, the company that manages water services in the autonomous region of Madrid, attracted this week one more potential investor. Insurance firm Mutua Madrileña has expressed its intention to officially bid for the water company. The insurer, chaired by Ignacio Garralda, has confided in Mediobanca to advise on the operation.

Esperanza Aguirre, president of the Community of Madrid, and the Spanish capital’s mayor Ana Botella have agreed to accelerate the process after two years of paperwork. The stake on sale would be 30pc of Canal de Isabel II and bidding will open in mid-April. The utility company may reach a valuation close to €3.3 billion so the amount of the transaction would be over €1 billion, a sum many analysts consider on the high range for Mutua Madrileña, which will form part of a consortium with other investors.

The intention of the insurance group is to keep about 10% of the capital acquisition that would involve an outlay of €300 million. The company, which until the third quarter of 2011 made a profit of €140 million with revenues of almost €900 million, has an excellent cash position provisioned years ago after heavy losses accumulated in Sacyr Vallehermoso and Repsol.

The privatisation of Canal de Isabel II is organised by BBVA, Rothschild and Cuatrecasas,  and has triggered a barrage of criticism from the opposition parties in the region and the city of Madrid.

Following the criteria of the European Commission, this sale will not cut down debt, as the central government will with Loterías or Aena, but may result useful to avoid having to borrow money from financial markets at such a sensitive time.

Mutua Madrileña will have to push hard for Canal, because global operators such as Acciona, Ferrovial, ACS or FCC have shown interest.