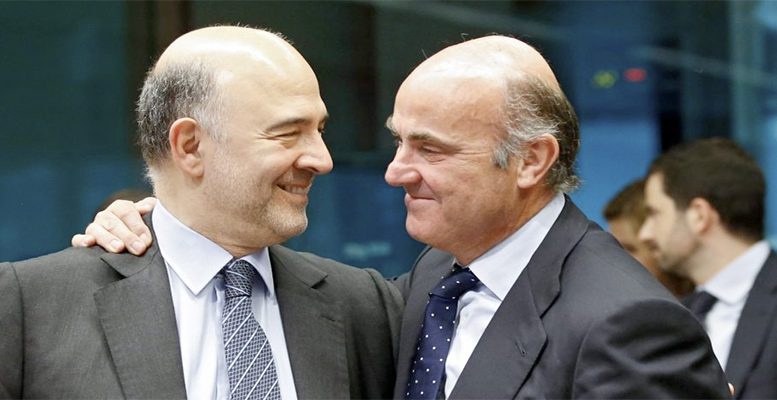 The European Commission determined on Wednesday that the draft budget for 2018 sent by the Spanish government “complies in general terms” with the criteria established in the Stability and Growth Pact. Despite the fact the public deficit will exceed the target agreed on for next year.

Brussels reached this conclusion after analysing the budget plan presented by the Government mid-October, which is an extension of the current one. It does not include any changes in terms of economic and financial policy, given the difficulties in reaching an agreement with other political parties due to the situation in Catalonia.

So the Commission has stated that the draft “complies in general terms with the requirements for 2018, within the framework of the Stability and Growth Pact.” It pointed out that although the next year the public deficit will be below the threshold of 3% of GDP, it will still exceed the agreed target of 2.2%. According to Brussels’ latest forecasts, Spain’s public administrations’ will end 2018 with a deficit of 2.4%.

Furthermore, the Commission highlighted the fact there is a “significant” deviation between the fiscal effort required for 2018 and  the level requested, which is 0.5% of GDP.

That said, this comes after Brussels sent a letter to the minister of Economy, Industry and Competitiveness, Luis de Guindos, asking him to send “as soon as possible” an updated and complete budget which meets the criteria laid down for next year.

The Commission concluded that, as well as Spain, Estonia, Ireland, Cyprus, Malta and Slovakia have met the requirements in general terms. But these five countries are already under the “preventative” wing of the Stability and Growth Pact, unlike Spain which is under the “corrective” wing.