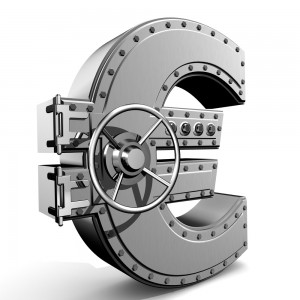 MADRID | Spain reached for the first time a surplus in its trade balance with the euro zone in 2011. Exports to the European Economic and Monetary Union grew 9.6%, almost three points more than imports. The weakness of the domestic demand explains the attainment of such a historic achievement, explained the business daily Cinco Días.

Four long years of economic crisis have some positive aspects. According to data released by the Ministry of Economy and Competitiveness, Spain achieved a trade surplus last year with respect to the euro area of €1,660 million. It’s not a very flashy figure in times of bailouts and recapitalisations, but it is a milestone: it’s the first time in history that Spain exports to the euro zone more than it imports from the region.

In fact, if the data is analysed as far back as 1995 (year in which the Ministry of Industry begins recording these figures historically), Spain had never reached a trade surplus with its partners of the European Economic and Monetary Union, a supranational body that became operational in 1999.

And by that time, a dramatic increase of the commercial gap with respect to the euro countries was registered, which tripled that of four years earlier. The almost €15,000 millions of 1999 became €25,000 million five years later, and reached 38,000 millions in 2007. After that, the global financial crisis turned the Spanish accounts around with respect to the exterior. The weakness of the domestic demand decimated imports, quickly reducing the trade imbalance with the euro area. In 2009, it had already dropped to €6,500 millions, a fifth of what it had been only two years earlier.

After a minimum deficit of €1,867 millions in 2010, last year meant, finally, the first entry in positive territory. Sales of goods to the euro area amounted to €113,233 millions after growing by 9.6%. In contrast to the milestone achieved with respect to the euro zone and the European Union as a whole is the balance with the whole of the planet, which is clearly in deficit due to the heavy energy dependence that Spain suffers. Not surprisingly, the energy deficit continued to grow last year: 18.9%. In line with the prices, oil imports grew by 28.3% and gas by 19.2%. A telling statistic: of the €46,337 millions of Spanish deficit, €20,645 millions are in counterbalance with OPEC countries.