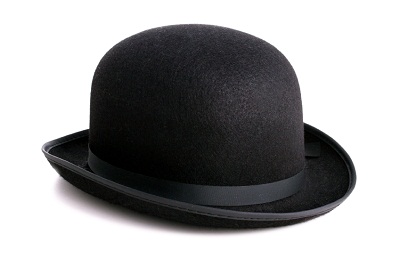 LONDON | The UK’s trade body of financial mutuals AFM is not happy. The organisation this week launched a frontal attack against taxpayer-aided listed banks and their directors’ bonuses. Who could blame them? After all, in the City race, mutual insurers, friendly societies and others have lost most ground: for instance, the sector’s insurance services today represent around 6% of the British market, while their share stood at over 50% just 15 years ago.

AFM points at government indifference and regulatory barriers as causes of a massive decrease in new mutuals’ set-ups. Survival has become increasingly difficult for the already established mutuals, too. Yet, their not having shareholders to pay dividends to or account to, and the lack of pressure to innovate implied, must be added to the story of their demise if only partially.

The credit crunch’s aftermath offers a convenient moment for the AFM to claim that the ordinary British citizen now sits on their side. As Lloyds and RBS prepare in just a few days to report combined losses of £4 billio, financial mutuals reminded the Coalition that those two heavily State-intervened entities keep

“showing a willingness to pay six and seven figure bonuses,” blind to the fact that, as the latest “research from the Association of Financial Mutuals reveals, exists a strong public support for curbing excessive and irresponsible remuneration and bonus payments.”

The message sent was clear enough:

“It will come as a shock to many that organisations who fail to make a profit can justify paying their top executives vast bonuses.”

AFM report shows that 51pc of respondents supported either a complete ban on bonus payments unless the organisation was making a profit, or that details of top executives’ pay and bonuses must be made publicly available. Nearly one fifth supported both of these measures being implemented.

The financial mutuals defended their business model, as their study confirms that taxpayers demand a say in top people’s pay.

“This is exactly the kind of shareholder activism that will make companies more accountable to their owners.

“There is also a growing realisation from consumers and politicians that the capitalist business model has lost its moral compass and is in need of urgent repair, and that the government should actively support the growth of other forms of business model, such as companies owned by their staff or customers.”

But why? Ultimately, they believe they and can concentrate on delivering products and services that meet the actual needs of its customers, as opposed to ending up entangled in a sticky net of creative finances with disturbing results.

The association has 57 member organisations from the friendly society and mutual insurance company sectors, work with the savings and protection needs of over 20 million customers, and have assets under management of over £85bn. Multiply this roughly ten times and the City as we understand it today wouldn’t be as mighty as it lingers over the country’s economy. The City’s capability of exploding would inspire less terror with even a mild alternative to which part of the production system could turn for investment.

Incidentally, the CBI also this week called on the Chancellor to use his March Budget to help persuade businesses to invest in the UK and further stimulate growth. John Cridland, the CBI director-general, said:

“Delivering private sector investment in infrastructure, supporting mid-sized businesses, hammering out the details on credit easing, extending the Youth Contract to 16 and 17-year-olds, and introducing the New Build Indemnity Scheme for mortgages at the earliest opportunity will all provide a real boost for UK growth and jobs. With our economy firmly under the international spotlight, there is no time to lose…”

What there isn’t, though, is available credit. The CBI spelled out some urgent changes:

“Stimulating infrastructure investment, through new models of private finance, including investment by pension funds. This will require pooled investment platforms, infrastructure being a mainstream asset class, and effective baton passing between the construction phase and long-term financing.

“Providing non-bank finance to mid-sized businesses through a corporate bond market, incentivising corporate venturing, and through the Business Finance Partnership.

“Delivering on its proposals for credit easing, which means getting the details right on a bank guarantee scheme.”

It is a perfect excuse for the AMF to make their case and provoke the business sector to wonder if financial mutuals deserve to play a much bigger role in the future.

Be the first to comment on "British financial mutuals’ last laugh"