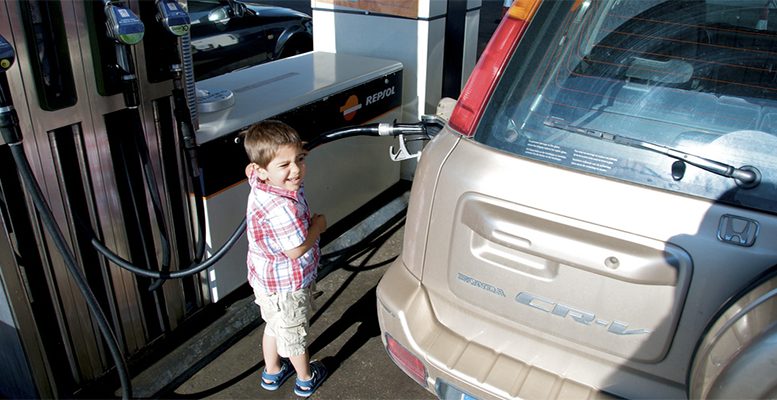 Fuel prices give no respite. The 20 cents per litre rebate that has been in force since 1 April has partially relieved the pockets of millions of Spanish drivers. But diesel and petrol prices continue to rise at Spanish service stations. Diesel, in fact, has broken a new record this week, reaching 1.872 euros per litre on average, surpassing the price of petrol for the fifth consecutive week. This is according to data from the EU Oil Bulletin published today by the newspaper La Razón. It explains that:

The escalation in the price of this fuel is such that in 1,288 service stations, 11.3% of the total existing network in Spain, its cost already exceeds or is close to 2 euros per litre. Specifically, in 780 stations it is already close to that cost, while in the rest it is already at 1.999, according to data from today’s Geoportal of petrol stations from the Ministry for Ecological Transition and the Demographic Challenge. In another 6,000, the cost is over 1.90 euros, slightly above the average of 1.872 euros.

Diesel continues to be the dominant fuel in Spain. Despite being doomed to disappear, vehicles that run on this fuel amount to 14.6 million of the 24.6 million cars in the country, according to a report by the Estamos Seguros (We Are Safe) initiative. It is promoted by the Unespa insurance companies’ employers’ association.

According to data from the EU Oil Bulletin, which shows the average price recorded at more than 11,400 Spanish service stations between 26 April and 2 May, since January 2021, diesel has experienced a price increase of 56%. Compared to the same week in 2021, it has become 41% more expensive. With these prices, filling up an average 55-litre tank of diesel costs 92 euros, 33 euros more than at the beginning of last year.

Petrol has also seen price increases this week, although it has not reached the same highs as diesel. This fuel has risen to 1.837 euros per litre, the second highest price in history; it has risen 38% since the beginning of last year. At today’s prices, filling up an average 55-litre tank with petrol costs 90 euros, 25 euros more than at the beginning of the 2021 financial year.
Despite the levels set by both fuels, both the price of 95 unleaded petrol and diesel in Spain are below the average for the European Union and the Eurozone. Petrol stands at 1.870 and 1.882 euros per litre on average in these areas, respectively. Diesel, on the other hand, has reached this week 1.939 and 1.921 euros, respectively.

The increase in fuel prices comes against a backdrop of rising oil prices due to fears of supply shortages following the European Commission’s proposal to ban Russian oil imports this year. Brent crude oil, the benchmark in Europe, traded yesterday at over 113 dollars at some points during the session, while US Texas crude was trading at around 110 dollars.