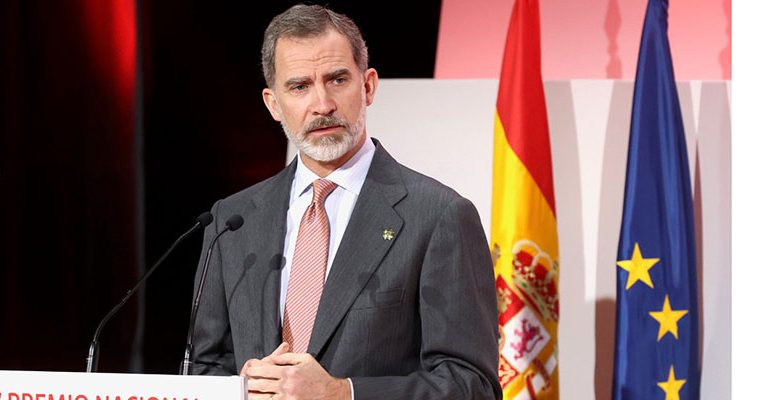 T. C.| “Spaniards are peculiar, they want to live like Americans but they think like Cubans” explained a USA ambassador on leaving Madrid. And he was right. So nobody can find it strange that finally a group of “Bolivarians” are part of the Government of Spain. People who, a short while ago, used to denounce the Spanish political caste and now have made their leader’s wife a Cabinet minister; without anybody batting an eyelash.

The leader of Podemos, now a Vice President in the Spanish Government, explained, some time ago, that politics consits in “riding on contradictions”. (That was his answer when he was criticized because his extreme left-wing, radical feminist and extremely good political party acceptated financing from Iran, where women don’t have equal rights and have to cover themselves).

The President of the Spanish Government and leader of the PSOE, his boss, has no problem with “riding on contradictions” either. So after explaining that he would not be able to sleep at night, and neither would 95% of Spaniards”, with a Bolivarian as Vice President (because his policies lead to “hunger”, he said) he made Iglesias Vice President and gave him 5 ministries to make sure that he could stay in La Moncloa (**).

The sad truth is that he was right. And 15 months after he formed his coalition government (PSOE-Podemos) there is hunger in Spain. Accordng to Cáritas -the Catholic Church organization Spanish people who need food rely on- half a million people who had never sought their help before came to them for help in 2020. Of course, 96% of the families who rely on Cáritas don’t get the “subsistence minimum income” the Government promised so that “nobody would be left behind”.

A year after the pandemic began, Spain has the highest number of deaths per million people, the worst drop in GDP in Europe…, but not one day goes by without Spaniards being subjected to propaganda and entertainment, a smokescreen after another. In only twelve months the Government has gone from calling for a cross-party pact to accusing the “parties on the right” of not  accepting “the legitimate Government” (as legitimate as incompetent) and of encouraging “a coup”. No less. He has made the King’s father leave the country because of tax fraud while the Vice President would like to see his son follow him and then proclaim the Third Republic (given how successful the two first ones were) while he claims that “Spain is not a full democracy”. The President disagrees on that point and says that Spain is a full democracy and that if some seditious Catalans are in prison is because they broke the law. However, he also says that he is willing to modify the penal code so that they (whose votes the Government needs in Madrid) can get out of prison soon. And so that the rappers who ask for the car of Patxi López (a historic socialist leader) to be blown up or for “the death penalty for the pathetic Infantas” will not have to go to prison. Of course, when it was known that the King’s sisters had been vaccinated in the United Arab Emirates while they were visiting their father, we had fodder for the penultimate controversy : “Shameful” “An insult”…

From that we can gather that their brother, Felipe VI, the Head of the State (January 30 1968) has not been vaccinated yet and that he will be when it is his turn according to age group (*), (like in Venezuela or in Cuba, we suppose) to avoid hastening the arrival of the Third Republic. His daughter, Princess Leonor (October 31 2005), the heir to the throne, will leave Spain to study in a Welsh school at the beginning of the next academic year (“Leonor leaves Spain, like her grandfather” was the headline on the Spanish public TV, also Bolivarian, when the news broke). It is to be expected that she will leave whitout having been vaccinated but it is well known that youngsters aren not usually badly affected… So little by little we, Spaniards, are on the road towards achieving, as the PSOE slogan says, “The Spain we want”.

(*) At the current rhythm of vaccination, very likely after the summer and before his birthday.

(**)In order to finally be able to “sleep at night”, Pedro Sánchez had the mattress changed when he arrived at La Moncloa. It sounds like a joke but it isn’t. And let’s be honest, sleeping on the mattress on which Mariano Rajoy used to would have been a disgusting thing to do.