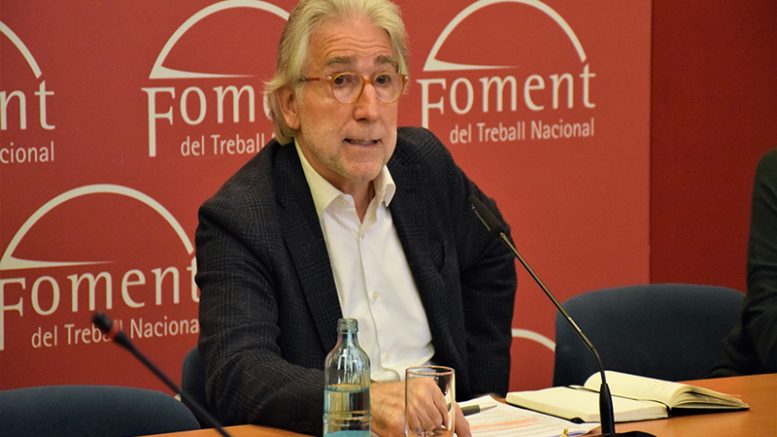 The president of Foment has raised the tone against the Government during his investiture speech with respect to the already critical statements after last week’s state of the nation debate. The employers’ leader considers that Pedro Sánchez is feeding a discourse against companies, of “hidden powers, “cigar lords” and “media conspiracies” that places them as “the bad guys in the film”, thus drawing the dichotomy between “the powerful” and the “working middle class”.

“Populist”, which “dynamites private property”, generates “legal insecurity” and with practices reminiscent of “some South American governments”. This is how the president of Foment, Josep Sánchez Llibre, defined the two new taxes announced by the government on banks and energy companies during his re-election speech, for four more years, at the head of the Catalan employers’ organisation.

The leader of the historic business organisation has formally revalidated his presidency, without the need for a vote in the absence of alternative candidacies. Sánchez Llibre, however, has given his blessing to the dialogue table between the Government and the Generalitat as a way to stabilise the political situation in Catalonia, after Junts Junts reneged on it this weekend.

“We regret this type of interventionist measures, which refer to the distribution of business profits, which can remind us – something that worries me a lot – of the populist messages and actions of some South American governments. It is probably a consequence of the influence and weight of one of the two partners, Unidas Podemos, in the State Government”, Sánchez Llibre declared.

“As could not be otherwise, we agree with everything that has been said”, he said closing ranks with the president of the CEOE, Antonio Garamendi. “It is appalling that for reasons of electoral analysis, business is criminalised”, he added.