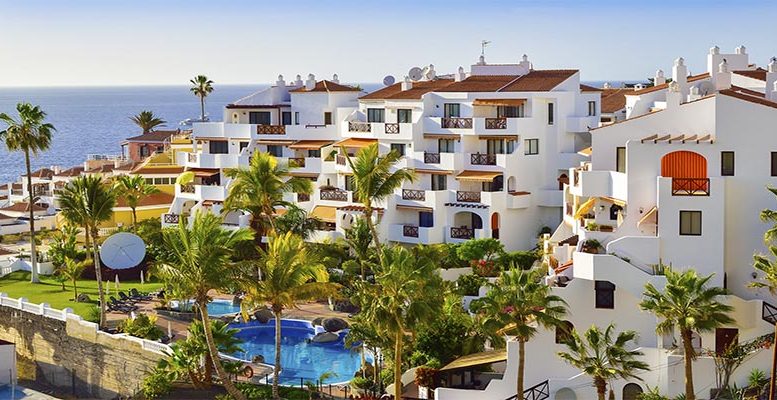 Caixabank Research | During the weeks the state of emergency was in place, the buying and selling of property was in hibernation. Restrictions on non-essential movements and the temporary closure of physical real estate agencies and notary offices except for urgent, pressing cases paralysed new real estate transactions. According to figures from the National Statistics Institute, in April sales slumped by 39.2% year-on-year while credit to purchase housing was down by 51.0% year-on-year. Similarly, national accounting data show that residential investment fell by 9.0% quarter-on-quarter in Q1 2020, a drop of around 50% in the second half of March if we assume that residential investment had remained stable until 14 March.

Despite these very large figures, thanks to digital technologies the sector has remained operational throughout the state of emergency. According to the information published on several real estate portals, online property searches increased significantly during the weeks of lockdown (especially related to homes with more outdoor space, pointing to changes in demand preferences) and real estate agencies have continued to offer their services online (with virtual visits to apartments, etc.). With regard to new builds, market data indicate that the rate of deliveries has followed the planned schedule except for some occasional delays (at present, houses are being delivered whose purchase decision was made approximately 18 months ago), although the sale deadlines for new developments are being extended.

Once this first stage of hibernation has been overcome and the economy adapts to the «new normal», one question comes to the fore: how will housing demand evolve in the medium term? To answer this question, we will examine the main factors that determine demand for housing: the gross disposable income of households, the formation of new households, financial conditions, foreign demand and the demand for second homes.

The COVID-19 crisis is having an unprecedented impact on the labour market. Social Security registration data showed a decrease of almost 950,000 workers between 12 March and 30 April (the period with the greatest restrictions on activity), most of these workers being on temporary contracts (approximately 70% of the total). This figure does not include employees affected by Spain’s furlough measures or ERTE (around 3.4 million in April) as they are still registered as employees with Social Security even though they are not working, nor the self-employed whose work has been interrupted (1.3 million in April). In other words, if we take into account the workers leaving the Social Security registration system, those affected by furlough measures and self-employed workers who have requested the extraordinary allowance for business interruption, we calculate that more than 30% of workers were unable to work on 30 April.

However, as economic activity returns to normal, furloughed workers are gradually starting to return to their jobs and employment is being created again (in May, Social Security registration increased by 188,000 and the number of furloughed employees fell to just under 3 million). We expect this improvement to continue in the second half of the year, although 2020 could still end with an increase in unemployment of between 1.7 million and 1.9 million compared to Q4 2019. The unemployment rate would rise in Q3 2020 to an interval of 21.5% to 22.7%, falling again in 2021 (between 18.1% and 19.8% by the end of 2021).

The bleak outlook for the labour market has had a severe impact on household income. The various social and economic support measures adopted by the government aim to offset part of these losses by, for example, relaxing the conditions to receive unemployment benefit, providing assistance for the self-employed and specific allowances for temporary workers who are not entitled to unemployment benefit, as well as approving a minimum living wage and other measures, such as guaranteeing basic supplies and the moratorium on mortgages and consumer loans for vulnerable families. The banking sector has also taken the initiative to complement several of these measures, for instance by extending the mortgage moratorium from 3 to 12 months. Moreover, the property development sector has implemented supportive measures such as moratoriums on the payment of deposits normally put down before a property is delivered.

Increased uncertainty about the economic and employment outlook is likely to affect housing demand over the coming quarters. Generally speaking, in economic crises consumers tend to increase their precautionary savings and postpone their consumption of durables and long-term investments, such as buying a home. This is being borne out by the available data: investment in residential housing construction fell by 9.0% in Q1 2020, the largest decline since the series started in 1995. Furthermore, European Commission data for Q2 2020 show that the percentage of households intending to buy a home in the next 12 months is very close to its historical minimum.

Household formation will most likely slow down during the crisis. On the one hand, the deteriorating employment situation of young people, who are more affected by job losses since many of them are often on temporary contracts, may lead them to postpone the decision to form their own household. On the other hand, it is very likely that the restrictions on international movements established by many countries as a result of COVID-19 will curb the number of immigrants entering Spain in 2020. It should be noted that, since 2015, Spain has once again become a net recipient of immigrants after years of crisis in which there were many more immigrants departing than arriving. Indeed, of the 322,600 new households that have been formed in the past five years, a large share include foreign nationals (76% of the total), either exclusively or in mixed households. In fact, in the past two years (2018 and 2019), households made up solely of Spanish nationals have decreased, highlighting the importance of immigration in maintaining Spain’s population dynamics.

The composition of households in terms of nationality is relevant to the housing market, as the propensity to rent is much higher among foreigners: 65.6% rented their main residence compared with 12.5% of households comprised exclusively of Spaniards. Despite lower immigration inflows, demand for rental housing is expected to continue to rise as increased uncertainty about job prospects may affect the decision to buy, as already mentioned.

The COVID-19 crisis initially led to global financial conditions becoming notably tougher due to marked volatility in financial markets and risk aversion on the part of investors. The major central banks were quick to respond, however, acting rapidly and decisively. The ECB adopted a package of extraordinary measures in March, extended in April and June, aimed at ensuring abundant liquidity, easing credit conditions for households and businesses and anchoring a low interest rate environment.

The low interest rate environment provides an important breathing space for families since it helps to ensure the financial burden borne by households due to debt interest payments remains very low (0.6% of gross disposable income in 2019). Benchmark interest rates are expected to remain around their current level for several years.

In recent years, purchases by foreigners have been fundamental in boosting Spain’s real estate sector, especially in large cities and tourist areas. In 2019, foreigners bought almost 63,000 homes in Spain, accounting for 12.5% of total purchases according to the College of Registrars. The geographical distribution is very uneven: while foreigners are barely present in some provinces, in other, more tourist-related provinces their share is highly significant, as in the case of Alicante with more than 40%.

As expected, COVID-19 has had a severe impact on foreign purchases. The global nature of the pandemic has meant that many countries have imposed restrictions on people’s movements. In particular, the countries that tend to buy most Spanish properties (UK and France) have taken steps similar to Spain. We can therefore observe that Q1 sales to foreigners totalled 14,850, down by 6.4% year-on-year. The decline in property purchases by UK citizens (–14%) is particularly large, accentuating a downward trend that was already noticeable. On the other hand, French and German buyers, the second and third largest nationalities, held up fairly well in the first quarter, although the closing of borders and paralysis of the real estate market in the second quarter will slow down the trend for this variable.

Given the gradual recovery expected for international flows of people, the decline in foreign demand for housing (in many cases for holiday purposes or investment in tourist rental accommodation) will probably be more persistent and take considerably longer to recover. Nevertheless, in May and June Google Trends data show an increase in the popularity of searches for «property Spain» in the United Kingdom, «acheter maison Espagne» in France and «Haus Spanien» in Germany, suggesting international buyers are still interested. In addition, the low interest rate environment and volatile financial markets increase the attractiveness of the real estate sector compared with other investment alternatives. In this respect, domestic and international investors continue to show an interest in the Spanish market.

Second homes have a significant weight in the Spanish real estate market: they represent 14.6% of the stock of housing and in 2019 accounted for 13.6% of all sales (about 75,000). During the state of emergency, second homes unfortunately made the headlines because of unauthorised travel to these properties and the risk this posed by spreading the virus to less affected regions and populations. But it also highlighted the fact that owning a second home is a widespread practice in Spain.

A household’s age and economic situation are the main factors that influence the decision to acquire a second home. Despite the fact that the crisis is affecting all households to a greater or lesser extent, the population aged over 40 with a medium-high income level, who are the potential buyers of second homes, are suffering less from its consequences. It is therefore to be expected that second home sales will decline less than sales overall, a pattern already observed in the previous recession: the share of second home sales increased from 13.4% in 2006 to 17.3% on average between 2008 and 2013.