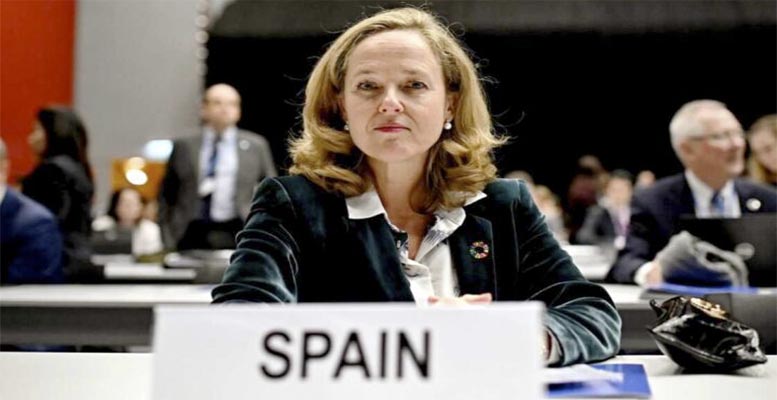 Nadia Calviño, Minister of Economic Affairs expects, “with all due caution and prudence,” third quarter GDP growth of 10%, in addition to an improvement in employment data. At the same time, Prime Minister, Pedro Sánchez anticipated that the aid Spain will receive from the EU Recovery Fund (€140 Bn) will add 2 percentage points to the GDP in the long term.

The Minister flagged that the economic growth models managed by the Government already incorporate a scenario of a resurgence in Covid-19 cases. While they expect growth to be very intense and over 10% in the third quarter, the new outbreaks will need to be controlled in order to continue on a progressive path to recovery. As far as employment figures are concerned, between July and end-August almost 333,000 people signed on to the Social Security general regime and 19,000 joined the self-employed scheme. This shows more positive trends in affiliation than in other years. In addition, 75% of those workers covered by temporary layoffs have returned to work. With regard to the renewal of these ERTEs, Calviño recalled that negotiations will start this week regarding a possible extension. The analysis of the situation will focus on those sectors which will find it more difficult to recover and this factor will be taken into account in decision making.

The first meeting between the government, trade unions and employers is scheduled for today, Tuesday September 1. They are expected to meet again at the end of the week on Friday September 4. A new draft includes new elements such as clarifying that the regulations regarding remote working will not apply to Public Administration staff or specifying companies’ limits on the control of teleworkers. The preliminary law for remote working would be applicable to labour relations which, within a reference period of three months, carry out a minimum of 20% of the working day remotely.

Meanwhile, the Minister of Finance, María Jesús Montero, and the Secretary of State for Social Rights, Nacho Álvarez, will also meet on Tuesday to begin work on the preparation of the General State Budget for 2021. The new public accounts will be the basis with which the government intends to promote “the progressive policies that Spain needs after the pandemic, with the support of community funds.”