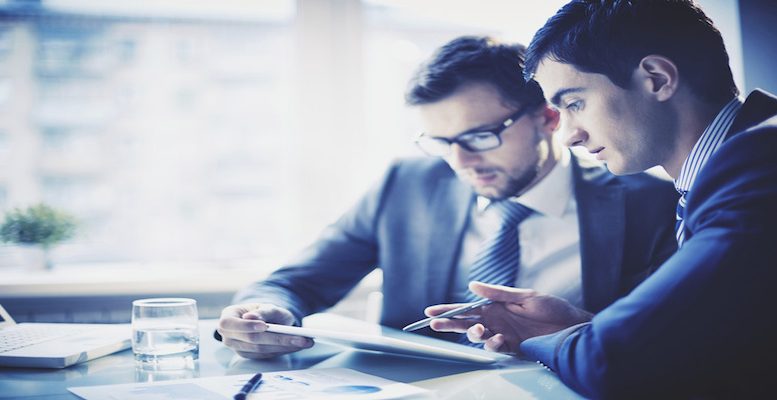 After MIFID1, which was launched 10 years ago with the aim of improving investor protection, we now have MIFID2 (Markets in Financial Instruments Directive), with even more meticulous and demanding operating objectives and rules.

It’s a well known fact that when a regulation doesn’t work, the screws are tightened even further. And if we can say anything at all about MIFID1, approved in 2007, after and as a result of the Lehman Brothers debacle, it’s that things don’t look as if they have improved much. At least in Spain. With MIFID1 we have experienced the lot – from the ‘Preference’ shares saga to the privatisation of Bankia and the most recent case, the demise of Banco Popular. The problem is that it’s not at all clear that the transposition of this community directive – due to come into force on January 3, 2018 – is going to solve the problems it aims to solve. Namely to stop imprudent investors from investing in ruinous assets and losing their shirt – either on their own initiative or because of bad advice from their advisers, mainly in banks.

The idea prevailing these days is that MIFID1 was not particularly forceful, nor demanding enough with those who sell and buy investment products. It was all about recommendations and warnings. Nothing really changed in bank branches, where they shamelessly continued to ‘recommend’ toxic products, as well as charge commissions – or incentives – for it. And as far as the investors themselves were concerned, they were categorised as professionals and retail, then given a test and told whether one or other product fitted their risk profile. Advice which, in the end, they could choose to follow or not. MIFID2 gets serious. It separates the functions of the banks’ sales people from that of its advisers, who are required to show they have had the appropriate training. It also requires the banks to inform investors about all the costs involved in their investment – more or less hidden at the moment – in euros; they also have to opt for providing independent or dependent advice for investors. Furthermore, there is no longer the limitation of two categories of investors. The banks need to assign a very specific, precise profile to each one.

Everyone is aware, and even more so the sector professionals who have issued many warnings on the subject, that the first thing MIFID2 will do is to fuel a rise in costs. One of them has said that “greater transparency and quality means a higher operating cost.” Logical. Who’s going to pay for the increase in paperwork which all this is going to bring, the training for employees, the division between the sales people and the advisers, combined with their specialistation, advising clients? Not the banks: so consumers or investors then. For example, the new directive requires the bank branch not only to carry out an exhaustive test to find the investor’s ideal risk profile, but also to do a follow-up report for each client. These costs could mean 1,000 euros a year for a run-of-the mill investor. This is not a feasible figure and many will simply decide to hold off and put their money in a time deposit.

We need to remember that Spain is a country of small investors. According to INverco, 36% of investors have less than 20.000 euros invested in funds. Only 20% have more than 60.000. With the new transparency rules, clients will now know what their fund really costs them. And that will be much more, so for many of them it will no longer be worth investing. The worst thing is that all this paraphanalia about financial advice will in the end come to practically nothing. Despite the fact that the EAFI (independent advisory firms), who are very nervous about the new directive, have become optimistic about the possibility that MIFID2 will bring them a whole lot of investors seeking advice, it’s more than likely this will not happen. It’s only worth the EAFIs while advising investors with portfolios of more than 250.000 euros, a minority out of the 10 million Spaniards who participate in a fund. So what option are the small investors left with? Forget about financial advice and go with their ‘intuition’, or sign up for passive management products. These are cheaper and already part of the bank’s structure, as is the case of the ETFs, the listed and indexed funds of funds. Or other similar products. Furthermore, investors in Spain are not interested in advice, the opposite of what happens in the UK or Germany, Of the 10 million participants in funds, only 550.000 have received financial advice. And this advice is essential.

But it doesn’t look as if MIFID2 is going to resolve this matter. According to the OCU (Organisation of Consumers and Users) it’s a problem which will only be sorted making this available to all investors. At reasonable prices. So we are facing a massive increase in banking bureaucracy, which will hike costs and probably drive many small investors away from the market. Then there are the suitablity tests, real exams to assess consumers’ financial knowledge. This is something which could even limit their freedom to invest, if a bank considers that the investor doesn’t have the appropriate risk profile and refuses to sell him a specific product.

It’s true that it’s difficult to talk about preserving the freedom to invest in a country like Spain, where investors have behaved like real financial ‘hooligans’. They have put their cash into the worst kind of assets you can imagine, in a show of profound financial illiteracy. And in the end, they have had to be rescued from this situation- at their request – either with money from the public coffers or by hiring specialist lawyers to get the money from the banks via the courts. That said, it doesn’t seem that the solution lies in limiting the freedom each investor has to put his money where he wants. Of course not…