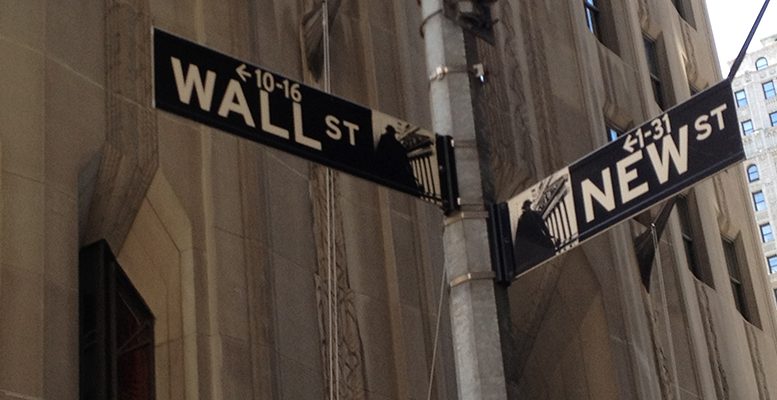 Larry Beck | I guess that “New Deal” and “Let’s Make a Deal” were already taken, so America’s Democratic Party leaders settled on “A Better Deal.” As a floundering opposition party seeking to become an opposition party with a meaningful agenda, “a better deal” seems like a small reach that may be little better than no deal. Too bad about “Let’s Make a Deal,” at least that sounds like a deal with a hint of promise.

As with competing mattress stores, bold new ideas can’t look like somebody else’s mattress, with or without free ice cream. The Democratic Party leadership has trotted out a eunuch of a message delivered by tired warriors who long ago should have removed themselves from the political arena so that new and vibrant voices can be identified and heard — a kind of “New New Deal.”

While I have been critical of the disappearing Obamas, maybe they have it right. Nancy Pelosi, Chuck Schumer, Steny Hoyer, Tom Perez and a host of of other worn-out characters should join the Obamas on their next yacht trip, discuss among themselves what great contributions they have made to a better America, sail into the sunset, and then exit the stage when they exit the boat.

In the case of the Democratic Party, getting rid of old leaders should be much easier than it appears to be and is essential to progress toward electoral success. If Democrats don’t believe that Pelosi will be the featured villain in every Republican political message in 2018, then they haven’t been paying attention and completely missed Republican Obamacare messaging that helped drive voters away from what should have been a good thing. This cannot be about truth or fairness; this has to be about winning elections.

The hard part, however, is finding new leadership that can develop and deliver a bold message. Addressing popular demand for change cannot be realised with re-gurgitated ideas and free ice cream. Republican nihilist policies and proposals continue to successfully masquerade as new ideas because the Democrats continue to repackage old ideas without even pretending that they are new ideas.

As a maddening example, the Democrats have managed to “save” their old health care plan that even they believe isn’t working as well as it should be, but they have yet to propose a better health care plan. This is their chance; this is their moment; say it loud and say it clear:

We propose universal access to meaningful health care for all Americans in a program guaranteed by the United States government and funded by tax dollars. Our plan will be costly and we may have to build a few less bombs, but it will ensure that no man, woman or child in this country will suffer needlessly or die unattended.

Let’s let the Congressional Budget Office score that plan and then tell the American people that it will be paid for by increased taxation focused on those who now have too much, giving Robin Hood a new moment to shine.

Democrats must seize the moment now and deliver a message of change, but change driven by a renewed collective conscience with social justice at its core. It will take real progressive ideas that meet real citizen needs and that honestly articulate and confront the cost of meeting those needs. It will require a hardcore “socialist” message that clearly defines the role that only government can play in ensuring the need driven policies and programs that provide the foundation for a just society.

There is a reason why the Bernie Sanders message resonated with voters: Bernie understood better than any Democrat that Obama had failed to alter the fundamental economic infrastructure in America when he had the chance to do so. The distorted economic America that has emerged from the Great Recession is the same economic America that has disproportionately enriched the vultures whose greed drove the nation to recession in the first place. And it continues to enrich those same vultures today. The wealth gap between middle-income and upper-income families is at an all-time high, and median upper-income family wealth is a staggering 70 times greater than that for lower-income families. The US economic system continues to be rigged, leaving a daily residue of unfairness to pollute the lives of America’s most vulnerable populations.

When the top 20% of households control over 90% of the stocks and smiling Republicans rejoice, the Democrats should be shouting “hell no,” and proposing a tax reform plan that rewards those whose daily labor contributes to a just society and overtly penalizes those who take too much at enormous cost to a just society.

In the end, income inequality is at the center of our national discord. While the economics of income inequality are open to debate, the social cost of the resulting unjust society should not be. The distorted distribution of America’s national wealth will continue to stain the ledger until that wealth is dedicated to providing everyone in America with access to a living wage, access to meaningful health care, access to educational opportunity, and access to safe streets and neighborhoods.

That America will look a lot different than today’s America and a lot more like the America of poetry and prose to which so many so passionately cling. The challenge for the Democratic Party is to candidly confront reality and to provide a clear and bold path that will resonate with those still clinging to the dream and those left behind by the reality.