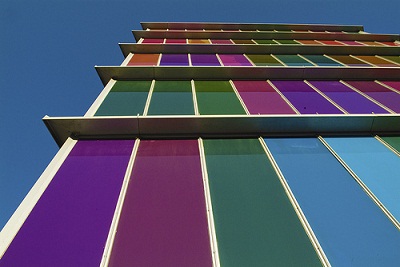 On the blog Nada es Gratis (There’s no such thing as free a lunch), the economics professor Gerard Llobet has published an article about what he believes will represent one of the key aspects in the future of Spain. What will businesses do if, as it is predicted, the construction sector will lose weight in the post-crisis Spain? Companies will hardly be able to compete with other countries with much lower prices and labour costs (among other aspects) so, in the long term growth must take place in areas of innovation.

There is a good source of information with respect to the type of innovation on which a country’s companies focus their efforts: the data regarding patents (or their request) made by companies. In Spain’s case this type of information is difficult to interpret for a number of reasons. On the one had, because, just like the rest of countries who have signed the European Patent Convention, patents are just as valid when requested in a specific country or at European level (and request coverage in a specific country). On the other hand, because although the Spanish Patent and Trademark Office publishes detailed information about all the patents registered since 2004, the data has a great many mistakes and its format is difficult to understand.

Taking the above into consideration, the first observation is that the number of patent applications in Spain is very modest, about 2,500. About 90% of these patents have been requested by Spanish companies.

This is in contrast with the fact that of the patents granted by the European patent Office and that request coverage in Spain (about 15,000 per year) barely 2% are from Spanish companies. As for the distribution of patents by country (adding Spanish and European patents), Germany and the United States lead the ranking of patents, with Spain in third place.

This difference is even more marked when we compare Spain to Germany. Although patents registered by German companies in Spain are not necessarily a reflection of the innovative activity of these companies (many German companies may choose not to patent some of their innovations in Spain), the data indicate industries related with mechanics, transport, or chemistry have a greater role in Germany.

In a very schematic way, the weight of the construction and food sectors in the Spanish economy as a whole is distributed as follows: the construction sector continues to reduce its size due to the crisis. In 2008, its weight reached 17% of the GDP, at present it is about 11-12%, and by the time the adjustment is completed, in 2012 or 2013, its weight could be reduced to 8% of GDP. In turn, the agricultural sector and the agri-food industry maintains a weight of around 10% of GDP and remains competitive internationally.

Be the first to comment on "Weekend read | Spanish innovation? Construction and food, for starters"