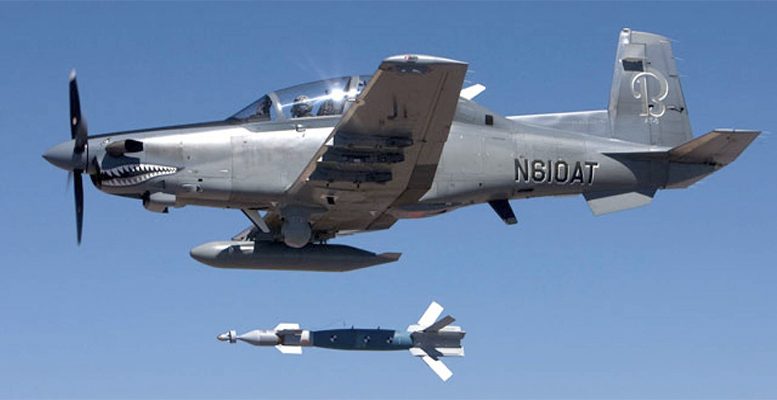 Such a startling statement did not come from the arms industry, but the Spanish government spokeswoman. “At least, no single Yemeni would face death singled out by these ingenious devices shipped from Spain to Saudi Arabia.” Before that astonishing announcement, the Foreign  Minister explained that laser/guided bombs will hit the target without inducing any collateral damage. Such clumsy explanations try to limit the damage inflicted on Spain’s credibilty by the reckless attempt by the Defence Minister to dump a contract signed by the previous Cabinet and already paid by the Saudis.

One wonders what on earth could prompt a seasoned member of the judiciary to ignore the key principle that “pacta sunt servanda”. She has ignited a false crisis by calling into question Spain’s willingness to honour its commitments. A huge step sacrificing significant economic interests to unusually high moral standards. So be it, as long as you are ready to cope with a whole range of nasty spill-over effects ranging from losing a sizeable contract for war vessels to the high profile high-speed train from La Mecca to Medina. PM Sanchez was forced to step in, openly disavowing his Defence Minister. Such a farcical episode damaging Spain’s credibility failed to lead to a resignation or a government reshuffle as would happen in any other advanced democracy.

Some days before, the Health Minister was forced to resign confronted with solid proof she indulged in unmitigated plagiarism at snatching a ludicrously phony master degree in a University department already submitted to close scrutiny and legal proceedings. One wonders why she failed to decline the Ministerial offer or at least to convey to the PM the serious threats surrounding her CV claims.

PM Sanchez, himself, has suffered a devastating attack on his academic merit when his doctoral thesis was ridiculed and called into question for the extensive use of outward sources. He has reacted angrily threatening newspapers with lawsuits. He has even launched an offensive by proposing a bombastic constitutional change aimed at dismantling the MPs’ privileges when facing judicial scrutiny. A move targeting the new Opposition leader,  whom doubts about how he secured his masters degree would already have landed in Court, were it not for the protection bestowed by his Parliamentary status.

After a promising and spirited start, the brand new Cabinet in office seems entangled in successive blunders, crippling its credibility. In mid-August the Justice Minister’s refusal to grant support to a Supreme Court Judge facing a legal claim in Belgium for his  handling of the Catalan separatist revolt, led to open challenges by the judiciary. PM Sanchez swiftly disavowed his Minister who felt under no moral obligation to step down. She remains as a lame duck, deprived of any effective authority over her portfolio.

Furthermore, the government has failed to deliver vital promises on scrapping labour market abuses, preferring to engage itself in a lose-lose tug-of-war on tax hikes with its extreme-left partner Podemos, better equipped in floating populist proposals for impoverishing the country. Needless to say, such a false debate, as Parliament will refuse to rubber-stamp such an awesome scenario, will inevitably erode moderate voters’ support at no tangible gain for the Socialist Party.

As the government´s standing plummets, Spain’s creditworthiness as a trustworthy partner nose dives. Unless PM Sanchez overcomes his severe setback, delivering instead an attractive shopping list for calling an early snap election, he might face grim prospects as the favourable winds propelling the economy will start wavering sooner than expected.