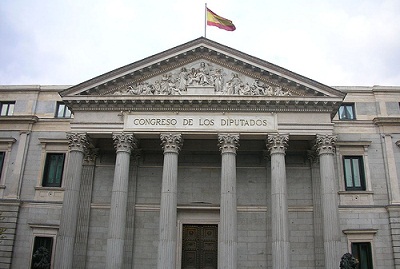 Unless the Spanish government tackles the reform of the State administration, it is bound to follow the fate of Greece, Ireland and Portugal. Any positive impact of hints coming from the European Central Bank about lending a hand to maintain the country’s access to the markets will eventually fade away. Indeed, it is happening again.

Most analysts in the financial City of Madrid said so in as many words in Friday’s investor notes. But the message seems to have been lost in its way to the Moncloa palace, the official residence of president Mariano Rajoy.

Ireland is committed to cut 23,500 jobs of its public sector payroll by 2015, Portugal will cut 30,000 jobs, and Italy will do so reducing staff by 10 percent and provinces from the current 110 to only 50. Spain has only promised to cut local councillor numbers by 30 percent in the next elections, but public sector workers have increased in 4.1 percentage points since 2008 to 21.1 percent of the country’s total employed salaried staff.

The latest data, indeed, supports the complaint that Madrid isn’t making a real effort. It is a proof the short-lived optimism sparked by Rajoy, when he recently let slip out of his Spain-will-prevail script that a full rescue was considered one more option on the table. And it is so, too, that the suggestion by the ECB governor Mario Draghi of buying short-term sovereign debt has done little to improve credit costs.

The fall in yields of Spain’s debt at two, five and 10 years recorded during the last week of July and first days of August has already began to experience a reverse trend. This summer may be a hot one, but expect the heat to stay here afterwards. Be the first to comment on "It’s the public sector restructuring, Spain!"