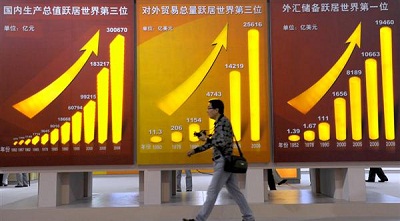 By CaixaBank research team, in Barcelona | The rise of prices below the government’s target of 4% has created further room for expansionary policies. Hence the government cut the official interest rate by 25 basis points, down to 6.31%, at the beginning of June, and reduced the cash reserve ratio by 50 basis points in mid-May. For the remainder of the year, we predict further reductions in the cash reserve ratio of between 100 and 150 basis points, as well as a further cut in the interest rate at the beginning of the third quarter.

The announcement of the reduction in interest rates just before the monthly activity indicators are released suggested a bad May. However, the slower rate of decline in some of these indicators and the improvement in others surprised a large number of analysts. May’s figures are consistent with a soft landing, in line with our growth forecast close to 8% in 2012. Industrial production grew by 9.6% year-on-year, 0.3 percentage points above April’s figure although still far from its potential of 15%.

On the external front, both exports and imports surprised on the upside, unlike in April and in spite of the fragility of advanced economies. In particular, exports grew by 15.3% year-on-year in current terms, far above April’s figure of 4.9%, and did so throughout all destinations. And imports grew by 12.7% year-on-year, compared with 0.3% in the previous month, placing the trade surplus at 18.7 billion dollars. Part of this strength in imports was due to the upswing in foreign demand, as indicated by the growth in exports for processed and assembled products, although imports of final goods also rose considerably.

Nonetheless, we must be cautious in our interpretation of the foreign trade figures as they are highly volatile from month to month.

Once again, May’s figures are still symptomatic of a slowdown in the Chinese economy. However, May’s figures, the expansionary monetary measures and the government’s capacity and willingness to support growth are dispelling fears of a hard landing for the country.