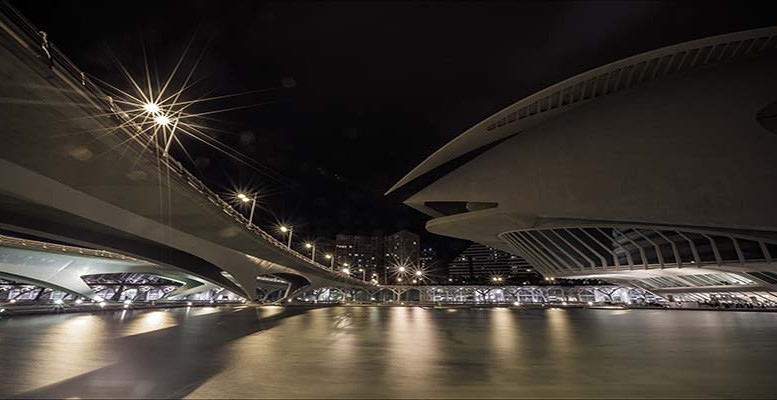 The City of Arts (Valencia) , designed by architect Santiago Calatrava

Posted By: Fernando Barciela 4th May 2016

F.Barciela/ F.G. Ljubetic | The government has designed an infrastructures and housing programme, but not one sector expert or professional believes that Spain will see a return to the level of public works investment of, for example, 2007. Then the different administrations invested 40.3 billion euros. For the time being, the decline has been so severe that investment in this kind of construction work did not exceed 10.1 billion euros, only a quarter of the total spent in the boom years.

And this doesn’t look as if it will change. The PITVI (The Infrastructure, Transport and Housing Plan), in force until 2024, does not contemplate building large infrastructures but rather maintaining the existing ones. The only exception is the construction of 3.500 kms of high density roads over the next eight years for a total of 18.7 billion euros.

This lack of willingness to invest is bad news in light of Spain’s 20% unemployment rate. Apart from the dynamism of sectors like tourism or exports, a volume of public works more in line with GDP would help create hundreds of thousands of jobs.

Public works, vilified in the past few years in a rather hasty way, (high-speed trains without passengers, aiports without planes…so it’s said) provide attractive returns. Experts calculate that every euro invested in an infrastructure work generates another two or three euros in the supply and subcontracting chain. And every euro invested also provides 50 cents in tax revenues for the different adminstrations.

Apart from the fact that the State currently does not have much room to manoeuvre with regard to further spending on public works, sector professionals believe that one of the reasons behind the resistence to invest is the political unpopularity of large works. These are classed as overambitious and motivated, it’s said, by the parties’ interest in collecting illegal commissions. Another explanation is that after years of intense political propaganda, Spanish people believe they have the best infrastructures in Europe by far and they don’t need any more.

There is some truth to this. Spain currently has the best high-speed train network in the world, after China, and ahead of France or Japan. It has invested over 45 billion euros in this network, which has meant that nine out of 10 people live less than 30 kilometres away from an AVE (high-speed) train station. The country’s high capacity roads network (dual carriageways and motorways) is amongst the best in Europe at the moment. Our country has been ranked 13th in the world, out of 148, for the quality of our roads. Spain is also one of the countries with the best, most modern and largest fibre optic network of around 64.000 kms.

The effort to adapt some airports, in need of updating at the beginning of 2000, has meant that Madrid Barajas and El Prat are amongst the most modern in Europe. With the 2006 inauguration of Terminal 4 at Barajas, Madrid now has the capacity to receive over 70 million passengers per year. As a result, and after investing more than 15 billion euros to build runways and terminals, Spanish Airports Authority AENA has announced that it will basically limit itself to maintaining the installations. So over the coming years, it will invest less than 500 million euros annually, a drop in the ocean compared to what was the norm 10 years ago.

According to the experts, Spain will pay for this new attitude in a few years’ time. The budgeted figures, they say, will not be sufficient to maintain the country’s gigantic stock in optimum condition. They also believe that there are a lot of needs which have not been met. The famous “Mediterranean Corridor” is still waiting to be built, as well as the modernisation of the freight rail connections between Spanish ports and the rest of Europe.

They also argue that there should be more support for freight trains, which would contribute to freeing up the roads. And old and inefficient water infrastructures should be updated. They are generating enormous losses, which mean extra costs and the need to raise tariffs.

But the sector believes that it’s going to be difficult for the government – this one or the next – to have much interest in boosting these “invisible” infrastructures. AVE rail tracks, commuter trains, ring-roads or aiports provide political and electoral returns. But desalination plants, electricity interconnections and freight transport do not fuel enthusiam or interest amongst voters.

The only possible way of reversing this lack of investor appetite for infrastructures is for the so-called Plan Juncker to work. As we already know, European Commission President Jean-Claude Junker has announced a plan to adapt national infrastructures at an EU-wide level (interconnecting them with each other), which will cost around 300 billion euros. The problem is that Brussels is counting on the participation of private capital to do this: and it’s not clear, judging by what is happening in other parts of the world, that this is going to happen.