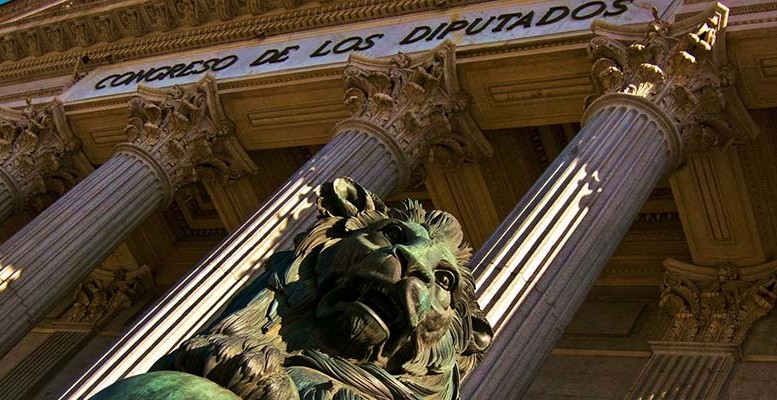 AXA IM | Four months after the elections, negotiations to form a government officially failed and new elections will be organised on 26 June. However, it remains very unclear that their outcome will be more favourable, though probably conducive to a government as a third round of elections would be a tremendous failure. Fiscal consolidation and Catalonia’s independence will be top priorities.

The government equation seemed impossible and the negotiations confirmed it: the Popular’s Party (PP), led by PM Rajoy quickly decided to leave the responsibility of forming a government to the Socialist Party’s (PSOE) leader Sanchez. The latter was thus in charge of getting the two newcomers Podemos and Ciudadanos (C’s) in line, a mission set to fail given their ideological opposition. Rajoy’s bet was finally a winner and the four parties are now back in electoral mode, with PSOE-C’s deal out of the picture.

What’s next? In our view, a lower participation rate will favour the PP while PSOE fears to come third after Podemos- IU. Sanchez repeated PSOE will never ally with PP such that only a leftist coalition (PSOE-Podemos-IU) or a centre-right one (PP-C’s) could get majority seats, by a very slight margin though. Both cases will be a close call: relations between PSOE and Podemos-IU have proven difficult and large differences (Catalonia independence referendum) are to be solved; PP and C’s could more easily get along if PP changes eader. Latest polls give them an exact majority (176 seats), so no room for manoeuvre given polls’ errors and the surprises seen in December. Negotiations after the elections are likely to last but a third round of elections should be avoided as it would be rejected by Spanish voters and destroy the limited trust they still have. We expect the parties to behave differently after the results are known. In particular, if the previous scenarios do not add up, pressure will be high on PP and PSOE to form a grand coalition as a last resort to prevent new elections.

Once a government is formed, the Spanish episode is likely to go on as the first priority will be a trip to Brussels to negotiate an easing of this year’s public deficit target with the European Commission, after Spain largely missed it in 2015 (5% of GDP instead of 4.2%) despite strong economic growth (+3.2% in 2015). This should hold true for any potential government, a centre-right led by PP putting the fault on the political deadlock and six months lost, while a left coalition should blame PP’s legacy. Since the parliament will be in any case fragmented, fiscal consolidation will be a significant challenge. It was thus not a surprise to see the European Commission recently revise downwards its projections for Spain, which is now expected to dip below the 3% target in 2018 at the earliest.

Second, the new government will have to clarify the Catalan independence question. A new government, and thus the beginning of negotiations, is badly needed at a time when the regional debt of Catalonia becomes less and less bearable: in March, Standard & Poor’s downgraded the region’s rating further in junk territory (B+, negative outlook). Since Spain holds roughly 60% of the Catalan debt and Catalonia represents a fifth of its economy, real and open negotiations will be more than welcome to end this Spanish game of chicken.